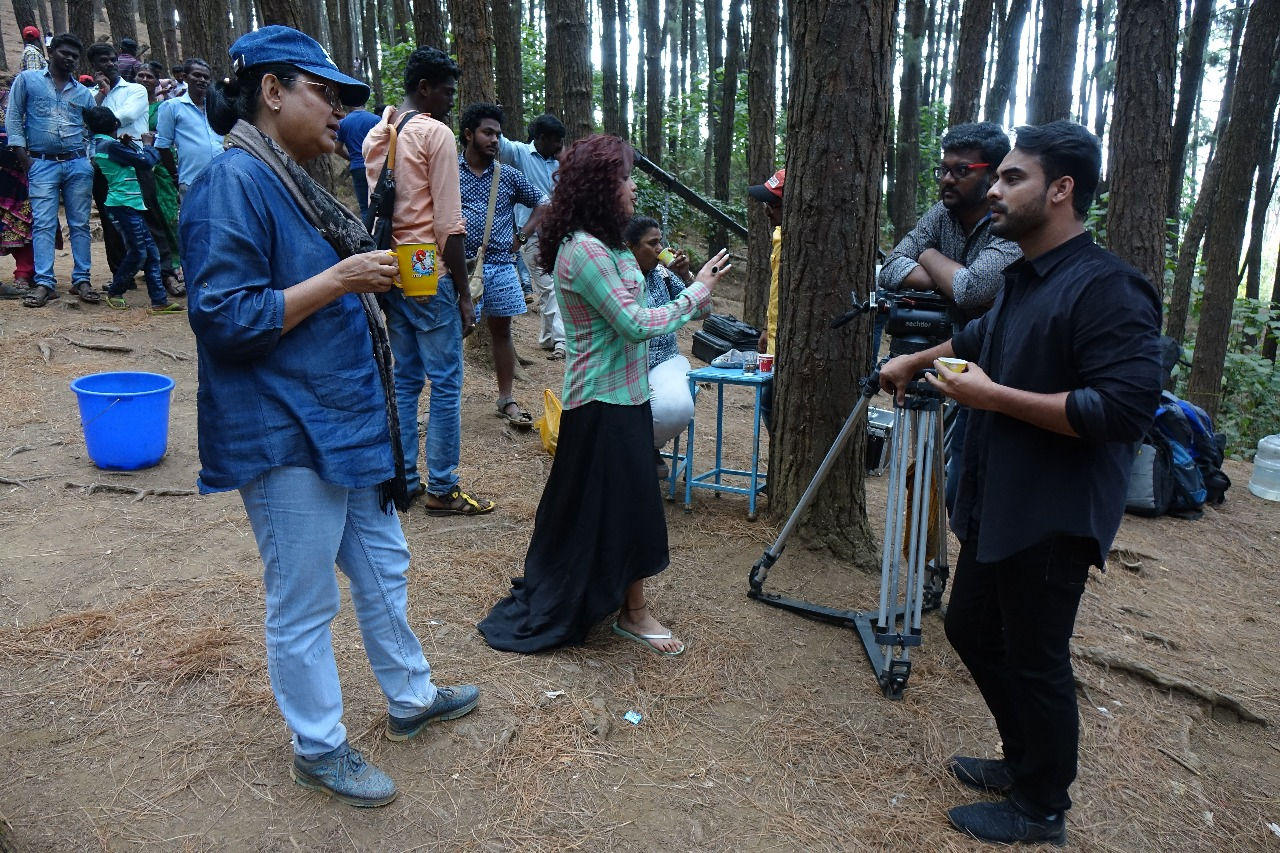 Only emotion that can never fade or go out of style in cinema is ‘Love’. This genre has got no boundaries or restrictions. Stars and superstars have been born out of this genre across India. Tamil cinema has never been short of love cult classics.

‘Abhiyum Anuvum’ starring the emerging Star Tovino Thomas and Pia Bajpai in the leading roles and directed by BR Vijayalakshmi, aims to join this long list of evergreen fabulous love stories ever told.

Speaking about ‘Abhiyum Anuvum’ director BR Vijayalakshmi says, ‘Abhiyum Anuvum’ is such a fresh and never seen before love story. This statement of mine may sound cliche but i am very confident that the audience will endorse my view after they watch this film. Actor Tovino Thomas who is one of the fastest growing heroes of Malayalam cinema is debuting in Tamil cinema through this movie. Pia Bajpai is playing the female lead. I must say this movie will come across as a ‘Bold and different’ film.

The movie deals with the concept of love from an entirely different perspective. Without spilling out much all i can say and assure is that ‘Abhiyum Anuvum’ will be a joy, romantic ride with very intetesting twists and turns.The support cast comprises of Suhasini, Prabhu, Rohini, Manobala and Dheepa Ramanujam. Legendary Santosh Sivan is the executive producer of this movie.

The shooting of the movie is over and the post production work is in its final stages and we are in the look out for a suitable release date.” This venture is produced by ‘Yoodlee Films’ which is the film banner of Saregama India Limited. Dharan has scored the music for this film wheareas the cinematography is done by Agilan, story and screenplay is done by Udayabanu Maheshwaran, editing is done by Sunil Shree Nair and Madhan Karky has penned the songs.