Reluctant actress, reluctant politician and a non-conformist until the very end – She was destiny’s child who rose from the ashes like a phoenix to rule the state as its youngest female chief minister. Inspired by true events, MX Player brings viewers the story of Shakthi Sheshadri – a woman who was pushed to embrace life choices which weren’t her own, and yet she excelled in each of those chapters. Days after the highly appreciated teaser, MX Player – India’s leading streaming entertainment platform has dropped the trailer of the series on 5th December.

Directed by National Award winner Gautham Vasudev Menon & film director Prasath Murugesan, the series will see megastar Ramya Krishnan in as Queen. The story traces the journey of her life from being a reluctant impoverished 15-year-old debutante actress to her becoming the people’s Queen.

Speaking about her character – Ramya Krishnan said, “Some characters compel you to take on the challenge and being Shakthi was one of them. Be it her disciple, her will to defy the norm or her innocence in the hard world she lived in was something that appealed to me and I knew I must take up this project.”

Director Gautham Vasudev Menon further added saying, “Some stories deserve to be told and this was one of them. We’ve worked extremely hard on making the series and I couldn’t have asked for a better team to help me put this together. Every character that is associated with the show has a solid reason to be there and each actor has done a wonderful job of essaying their roles.”

Karan Bedi, CEO – MX Player concluded saying, “We believe that this is a story with universal appeal, that transcends languages and geographies. We’ve treated this project as a magnum opus – be it associating with the best creative minds, a powerhouse cast or the scale of production. This journey of a lost little girl, who loses faith in everything she puts her trust in, and finally emerges as a law unto herself is sure to strike a chord across the country.”

The series additionally stars Anikha Surendran, Anjana Jayaprakash and Indrajith Sukumaran amongst others.
Stream ‘Queen’ in either Tamil, Hindi or Bengali from 14th December only on MX Player, for FREE! 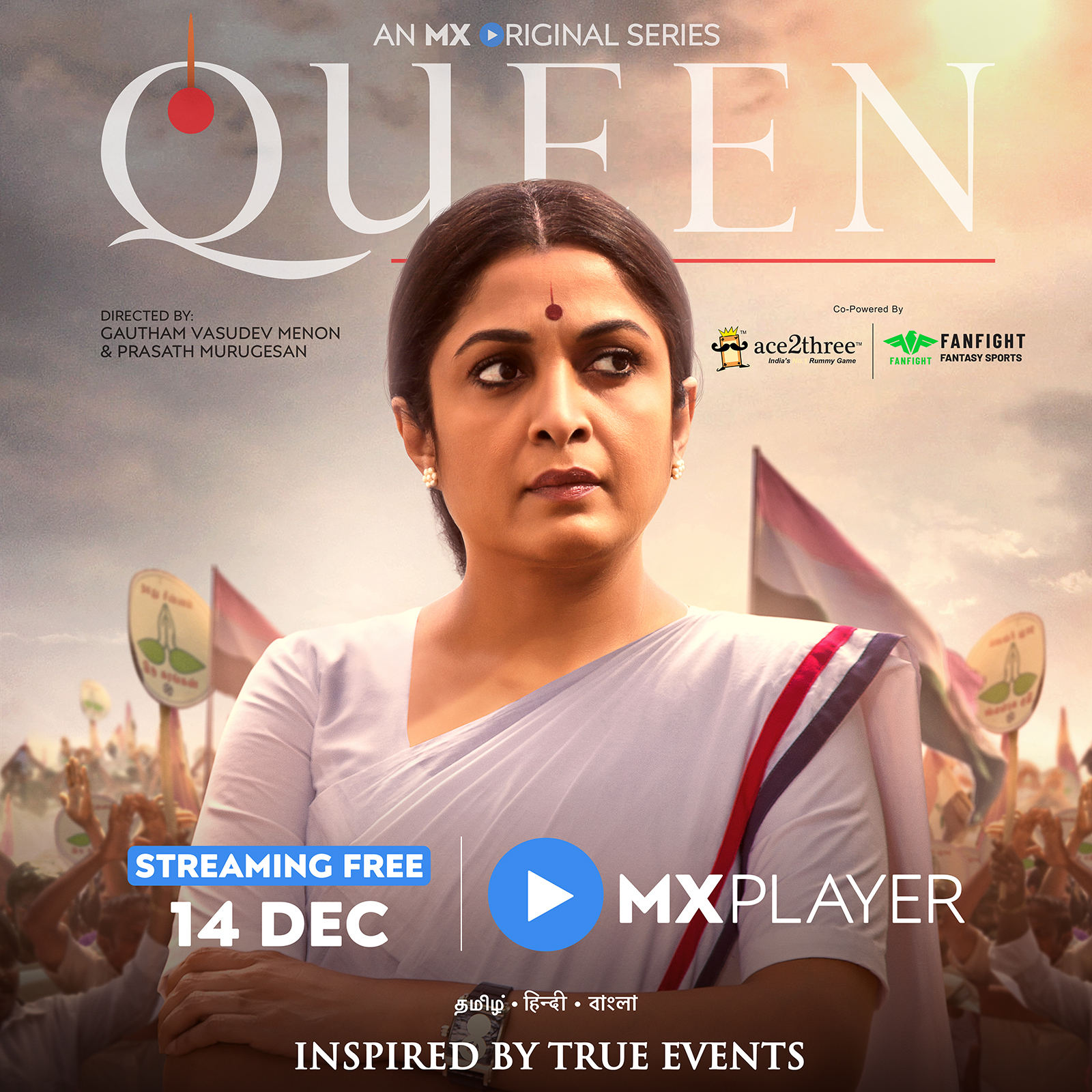