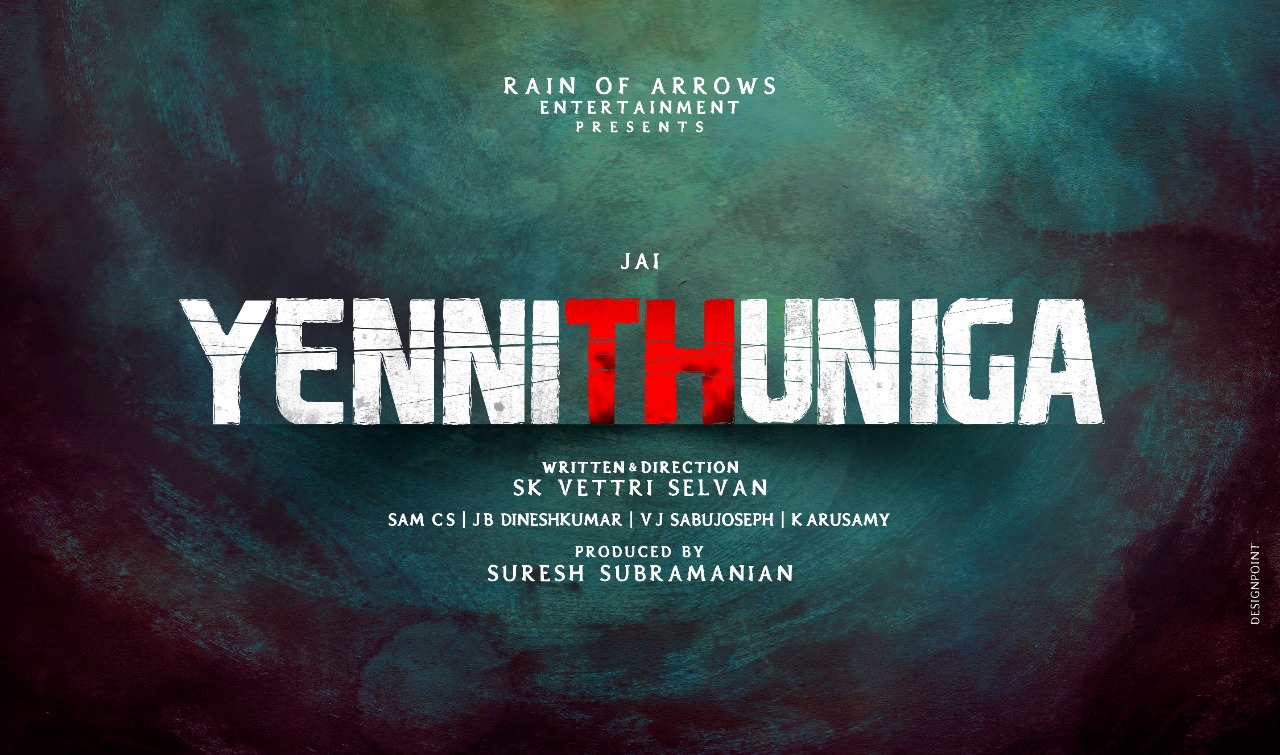 Actor Jai’s lineup of movies for the upcoming season is proving to be unique in aspects of genre and premise. He has now kick-started his new project ‘Yenni Thuniga’, a high volatile thriller movie. Produced by Suresh Subramaniam for Rain of Arrow Entertainment, the film marks the directorial debut of SK Vettri Selvan, a former associate of director Vasanth and cinematographer Ravi K Chandran. He has shot several commercial advertisements as well. The film’s shooting commenced this morning with a ritual ceremony attended by cast and crew.

Director SK Vettri Selvan says, “The film’s title Yenni Thuniga is inspired from the famous proverb of Thirukural, which signifies that several thoughts can be allowed before getting into action, but once started, there shouldn’t be stepping back. Such happens to be the characterization of our film’s protagonist Kathir, played by Jai who works in an IT company. He leads his life with the motto of “Living the moment” and that doesn’t mean, he has the devil-may-care attitude. He is good natured and is always caring about his family and friends. In contrast, there is Narmada, played by Athulya Ravi, who is so much focused and concerned about her future and others as well. However, these characters with chalk and cheese nature tend to fall in love with each other. But the film’s main conflict arises, when Jai’s peaceful life is disturbed by a bunch of bigwigs in the society, who create chaos in his life. Now he has to step forward and combat them down. This will be an out and out racy thriller film laced with twists and turns.”

While speaking about the cast and crew, SK Vettri Selvan adds, “It is well known that Jai is always outstanding with his performance and dance. In this film, he will be seen performing some extraordinary Live action sequences. I am sure; Athulya will be definitely noted for her nuance performances. Although, both of them have shared the screen space together in the movie ‘Capmaari’, their roles and this film will be completely in contrast to it. Sunil Reddy, Vaibhav’s elder brother, who debuted in films through Seethakaathi will be playing a negative role. We are now approaching one of the leading artistes to play another negative character in the film and will making official announcement on this soon.”