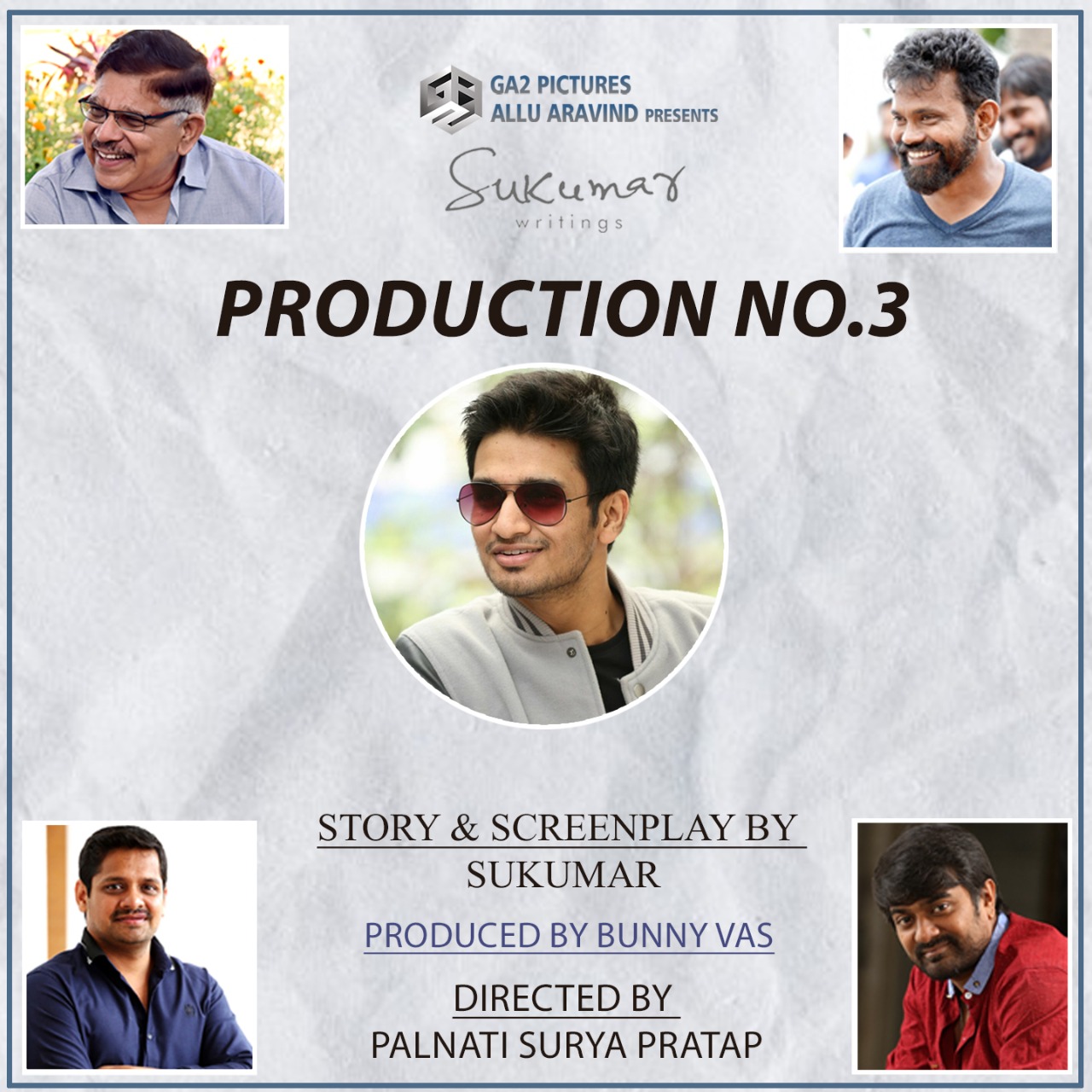 It well-known that Noted producer, Bunny Vasu and Sukumar share a close rapport. The former distributed Sukumar’s first film, ‘Arya’ and later produced a super hit in the form of ‘100% love’ under his direction. Now, this successful combo is all set to join hands again for a film, which will have Nikhil in the lead role. Nikhil has carved a name for himself by starring in content-based films. Prathap, who scored a big hit with his debut film, ‘Kumari 21F’ will be at the helm for this project. This film will be presented by Allu Aravind on GA 2 pictures banner.

GA 2 pictures has been on a success streak of late and hoping to keep it going with their next project which will have Nikhil in the lead role. The production house had previously scored super hits with Naga Chaitanya’s ‘100% love, Vijay Deverakonda’s ‘Geetha Govindam’, and Nani’s ‘Bhale Bhale Magadivoi’. This film is said to have an intriguing story and the makers are really confident about it. The shooting will commence soon.