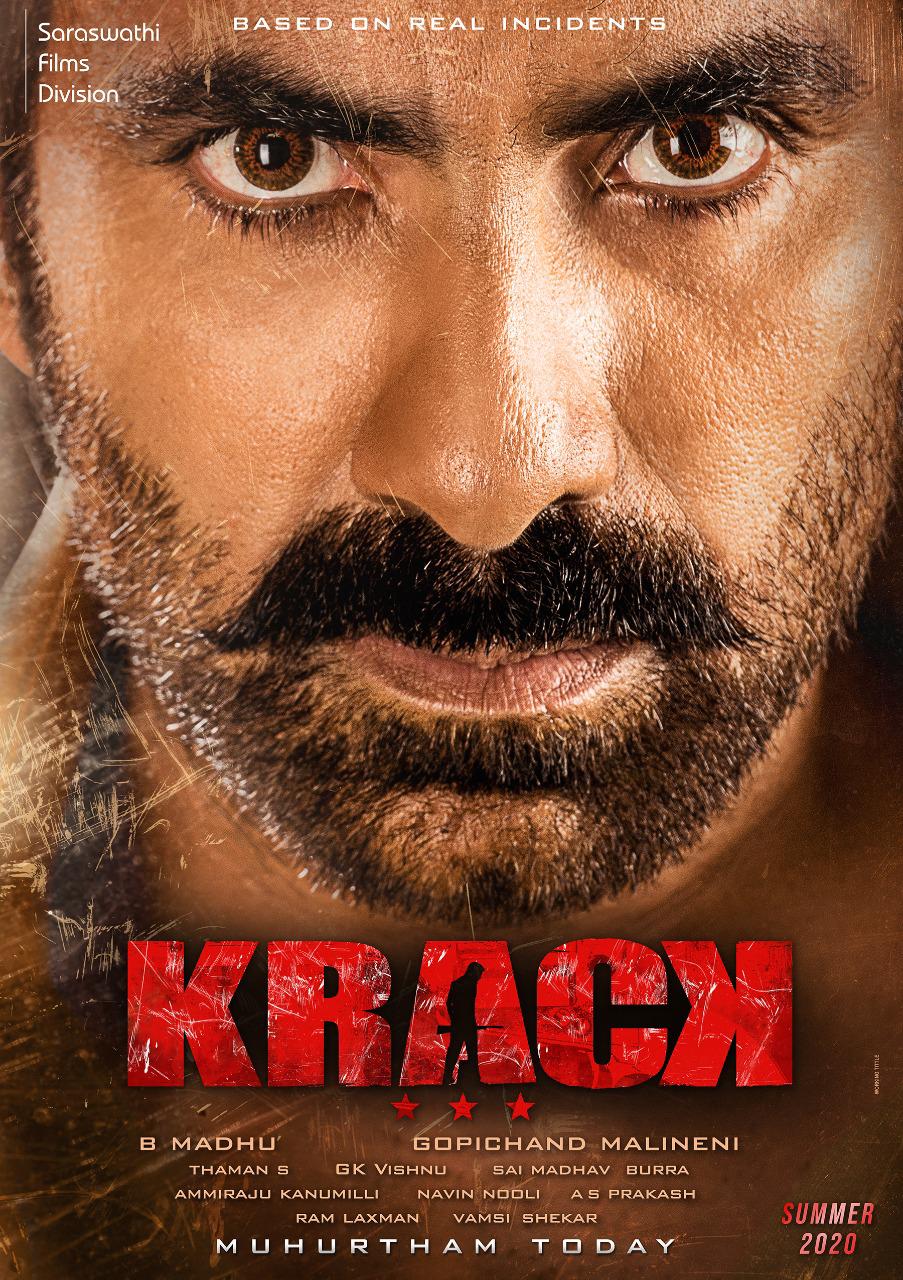 The film #RT66 that has been launched grandly today with formal pooja ceremony is titled as Krack. The title sound powerful and depicts Ravi Teja’s character in the film.

In the title announcement poster, Ravi Teja who is undergoing a new makeover for the film looks ferocious. He plays a tough cop in the film touted to be an action thriller.

While speaking on the occasion, Gopichand Malineni said, “I really thank all the guests for attending Krack opening event. Surender Reddy and Dil Raju have handed over the script. For the Muhurtham shot on Ravi Teja and Shruti Haasan, Allu Aravind clapped the sound board, while Paruchuri Venkateswara Rao has switched on the camera and K Raghavendra Rao did honorary direction. Krack is based on true incidents in Telugu states. It’s an intense story and will have elements for all sections. The film will start rolling from this month. We are planning to release the film in summer, next year.”

Shruti Haasan will romance Ravi Teja in the film for which S Thaman is rendering tunes. B Madhu will produce the film under Saraswathi Films Division Banner. Tamil actors Samuthirakani and Varalakshmi Sarath Kumar are roped in for powerful roles.