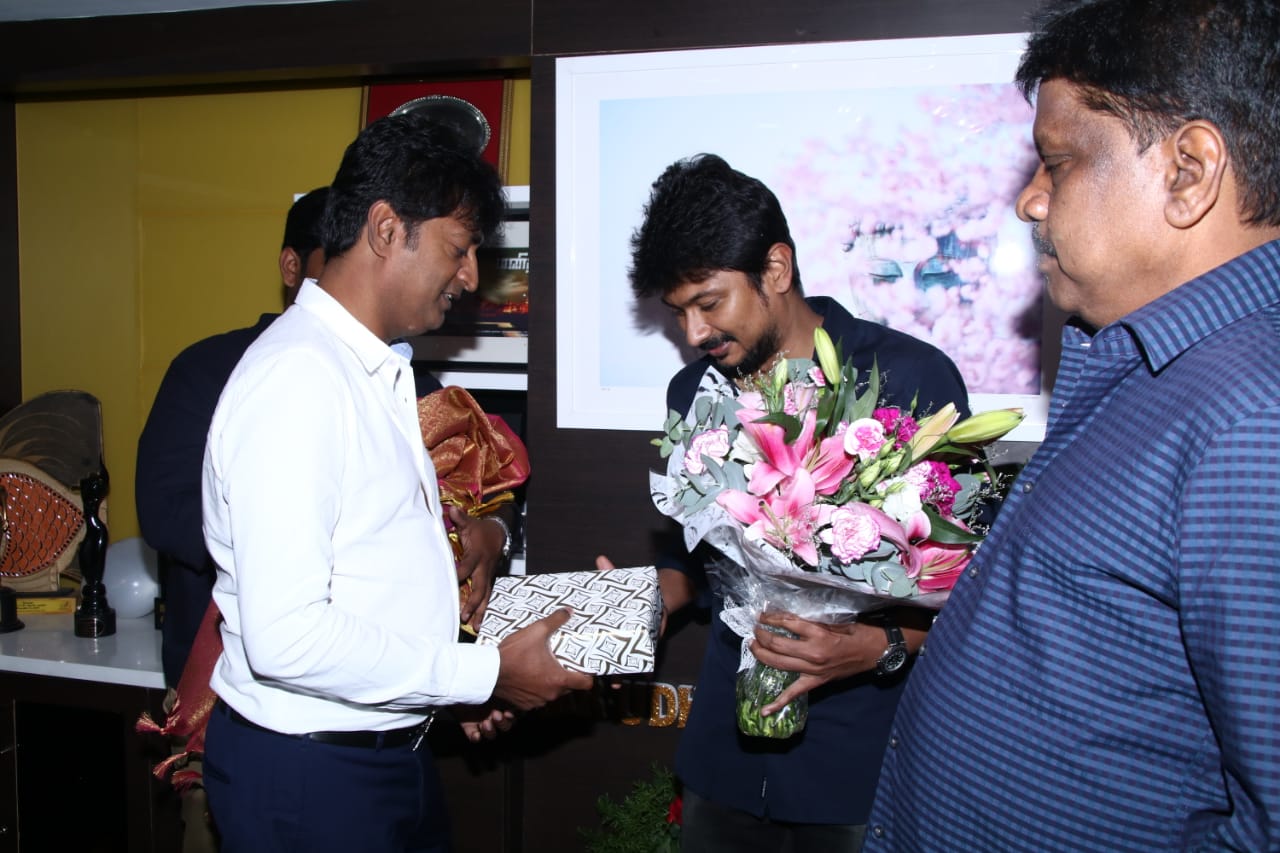 Producer Arun Mozhi Manickam of Double Meaning Productions met producer-actor Udhayanidhi Stalin greeting him on his birthday. Apart from celebrating the birthday, the producer admits that he is extremely happy and super excited about the way “Psycho” has shaped up.

Producer Arunmozhi Manickam, Double Meaning Production says, “It’s been a great pleasure working with Udhayanidhi Stalin, especially in a film with unconventional premise. While he has been proving his proficiency in different genres and roles, “Psycho” will let the audiences explore his new dimension as a performer. We are extremely happy over the reception of film’s teaser and first single track. I can assure that, “Psycho” will offer a unique experience to everyone in theatres. We will be soon unveiling the theatrical trailer and other songs followed by worldwide release on December 27, 2019.”

Written and directed by Mysskin, the film is produced by Arun Mozhi Manickam for Double Meaning Productions. Udhayanidhi Stalin, Aditi Rao Hydari and Nithya Menen are playing the lead roles in this film, which has director Ram, Renuka, Shaji Chen, Aadukalam Naren, Singampuli and few others appearing in important characters. Maestro Isaignani Ilayaraja’s musical score is already acclaimed and considered as one of the major attractions of this film.