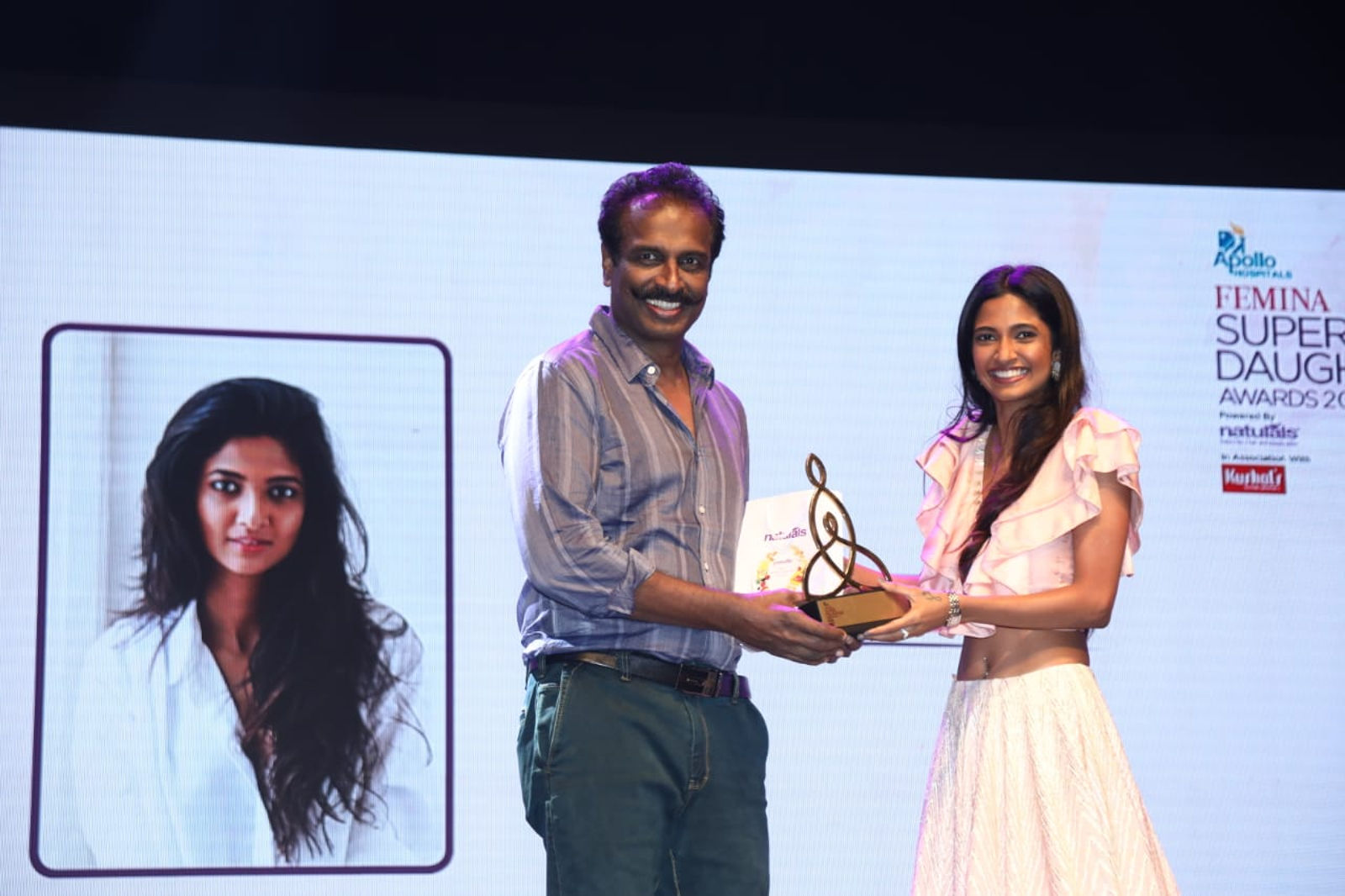 Femina, India’s largest women’s brand hosted the 4th edition of the super successful Femina Super Daughter Awards 2019, presented by Apollo Hospitals and powered by Naturals’ in association with Kushal’s Fashion Jewellery and Silver Jewellery partner Sukra Jewellery. They say behind every achiever stands a pivotal figure. True to this saying, the gala evening was organized to honour and recognize the proud parents of some of the most successful women from South India. The event was held on 23rd November at Sir Mutha Venkatasubba Rao Concert Hall, Chennai.

These awards are a platform for daughters to acknowledge their parent’s significant role, as they stood by their side through thick and thin, along with celebrating the unique bond that they share. As a leading brand that strongly supports and acknowledges the real power of women and their achievements, Femina honours the parents who are behind giving the country such exemplary leaders across various fields. Femina has built a legacy of six glorious decades and has today become a name synonymous with women empowerment, evolution and change. The brand has left behind a mark through a host of successful IPs which truly support and motivate in each of their campaigns. Their strong presence on digital and social media has seen them being the leading light towards encouraging women across the globe.

Speaking on the occasion Tanya Chaitanya, Editor and Chief Community Officer – Femina said, “Femina Super Daughter Awards is a property organized keeping in mind the huge role parents play in their daughter’s life. It is their telling contribution, vision and efforts that have led to their children today making a name for themselves in their respective fields. In today’s world, while every woman is unique and powerful, it is the parents who are the ones who were the wind beneath their wings and help them achieve what they want. This property is a small token of appreciation through which these super daughters can acknowledge their parents. Femina, as a brand which truly stands for women, thank these parents for introducing these super daughters to the world.”

Multi talented Beautiful anchor, commentator, video jockey and Singer Bhavna Balakrishnan kept the audiences entertained by crooning some lilting melodies with her soulful voice.
The Femina Super Daughter Awards 2019 is an extension of the brand that further adds to the identity of any woman who stands for change, power, style, freedom and revolution. Through such endeavours, Femina looks to stand out as one who is a leader, influencer, innovator and that women around the world can look up to.

About Femina:
FEMINA was first published in July 1959 and for over 60 years now, Femina, India’s first and largest read women’s English magazine has long been the definitive life and lifestyle guide for progressive women. It is owned by Worldwide Media, a wholly-owned subsidiary of the Times Group. In the recent years, through its reach across digital and social platforms, the brand connects to a staggering count of around 10 million Indian women every month. Femina, published fortnightly, features articles on women achievers, relationships, beauty and fashion, travel, cuisine and health and fitness. Femina is also home to some of the most engaging IPs like Nykaa Femina Beauty Awards, Femina Super Daughter Awards and Femina Stylista. In addition to this, Femina also adopted a targeted approach to engage beauty professionals across the country and published Femina Salon and Spa.