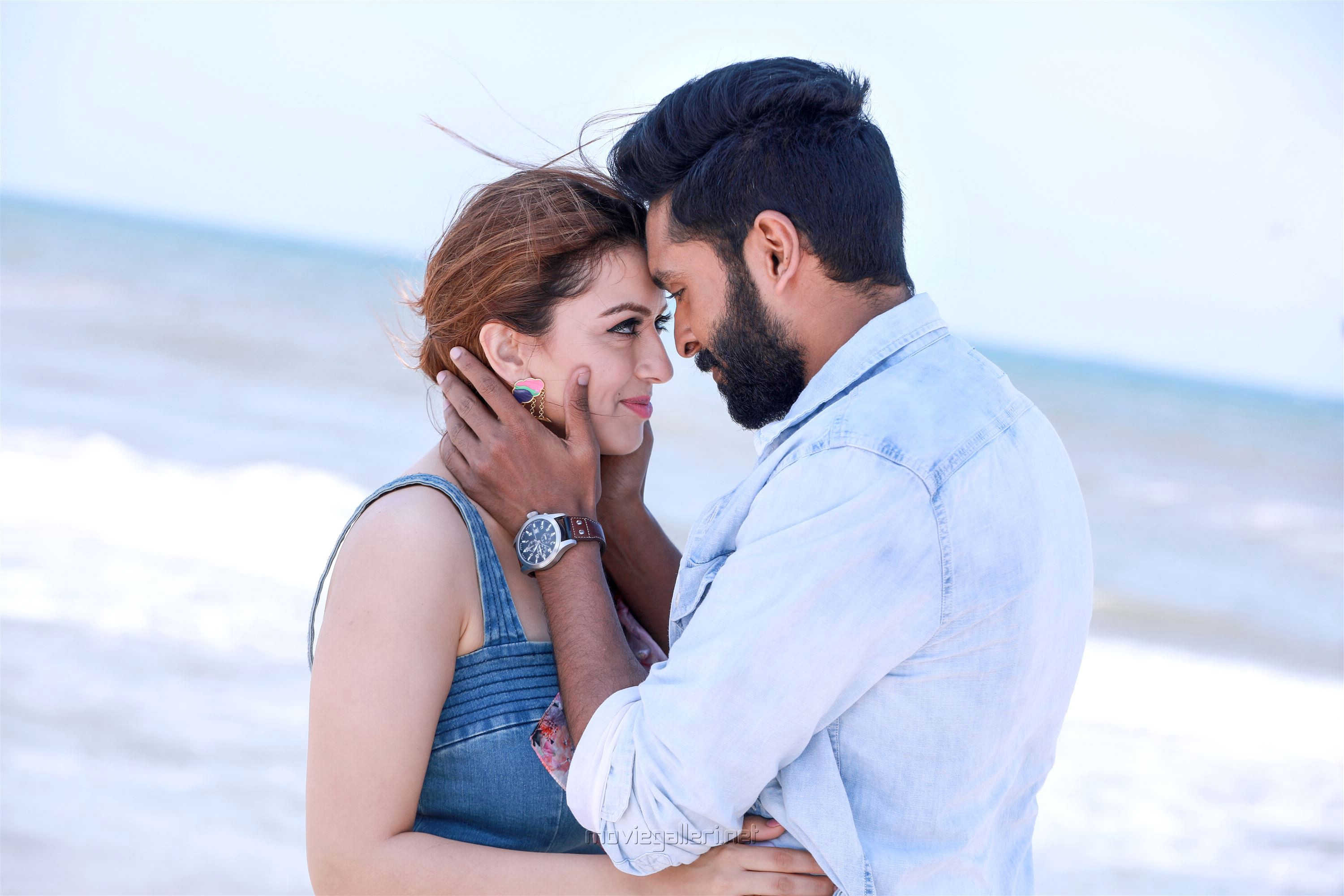 Vikram Prabhu is a police officer who is an encounter specialist and has already killed 30 criminals. Not happy with his work, Vikram’s mother leaves him.

He happens to meet Hansika and falls in love with her. She also starts loving him, but the lovers have to separate due to his work.

Meanwhile, Vikram is suspended from his work. After a few days Vikram Prabhu is transferred to Rameswaram to encounter a criminal who rapes and murders the 14 year old girl of the character played by M S Bhaskar.

However during investigation Vikram finds that the criminal is actually someone else. What he does after that, what happens to his love forms the rest.

Unlike his previous films, Vikram has put in a lot of hardwork into the character. He suits the role a cop perfectly. Hansika has very little role to play in the flick, however she makes her appearance at crucial times.

M S Bhaskar takes the audience through an emotional roller coaster ride with his seasoned acting. Director Dhinesh Selvaraj has taken up a usual encounter cop story and has presented it differently. The screenplay which begins slowly gains momentum with time. He has also conveyed an important message in the climax.

Thuppakki Munai is a usual encounter cop movie presented in a different way.