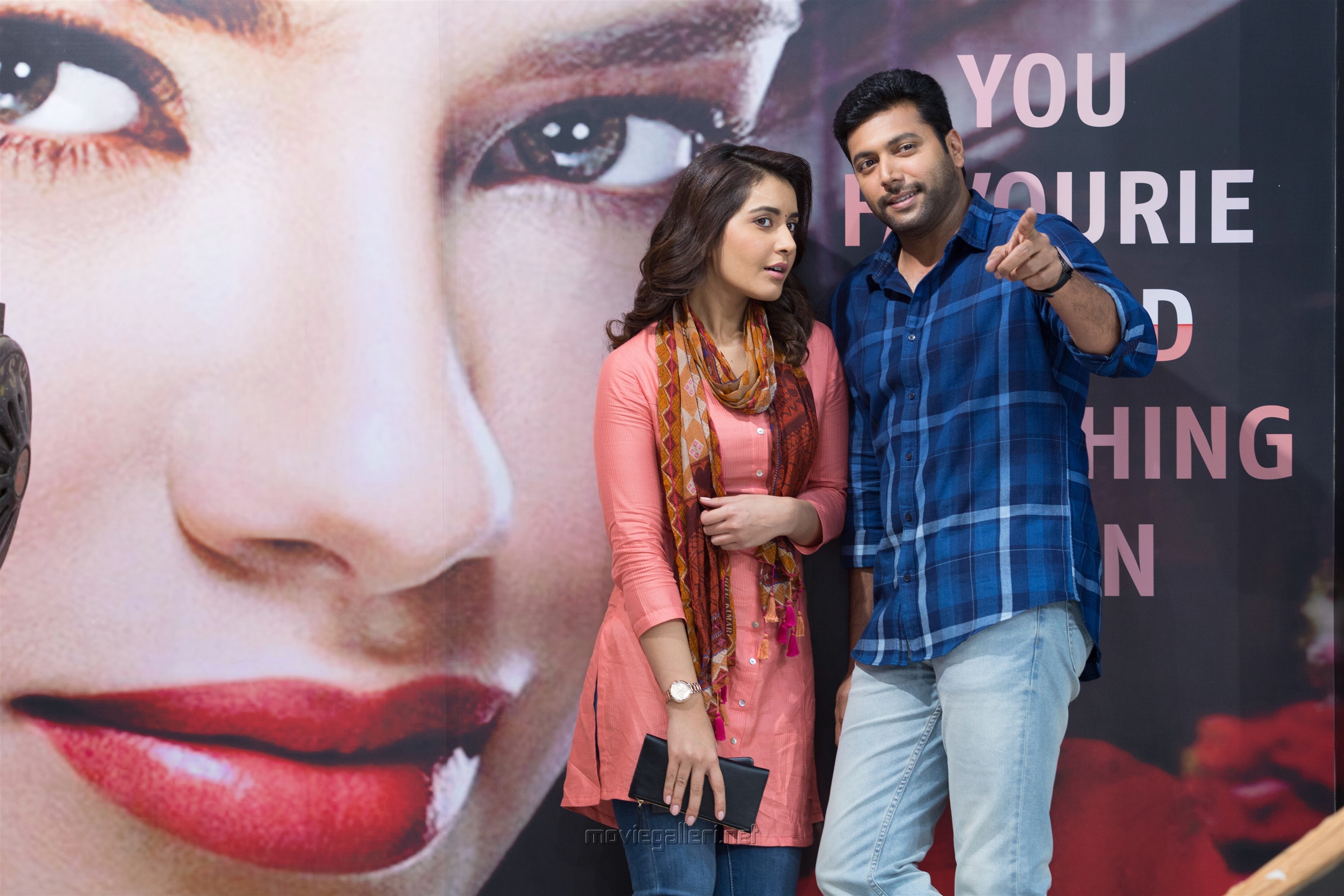 Jayam Ravi is a honest cop who joins as a sub-inspector in a police station when Mime Gopi is the inspector and Azhagam Perumal is another sub-inspector.

Ravi has a happy life with his family and girlfriend Raashi Khanna and feels that he should do his job right without being scared of anyone.

When things progress with a smooth flow Ravi finds that big shots are involved in the cases which he is handling and they are stopped midway without any progress.

One day a young girl dies after falling from a building. Ravi, who investigates the case finds that the girl was actually pushed by a few men following which he arrests and put them behind the bars.

But all of them are freed from the case. Coming to know that Ravi has beaten his son in the jail, father of one of the murderers, kills Ravi’s entire family.

To add more insult to the injury, the case is closed as an accident. Ravi then resigns his job and vows to take his revenge on those who killed his family. Did Ravi succeed in his vow forms the rest.

Ravi as a honest cop and family attached youth has carried the entire movie on his shoulder. He has got solid scope to express various emotions.

Raashi Khanna has got a good role to play in the movie and is sure to impress the audience. Director Karthik Thangavel has made the movie based on the storyline that cops from the lower level are bound to obey the order of their superiors and they do not have a second chance.

Music by Sam C S is good and he has added strength to the movie with his background score. Adanga Maru is a good cop revenge movie with a decent plot and screenplay.
Rating: 3.5/5 – Beyond boundary