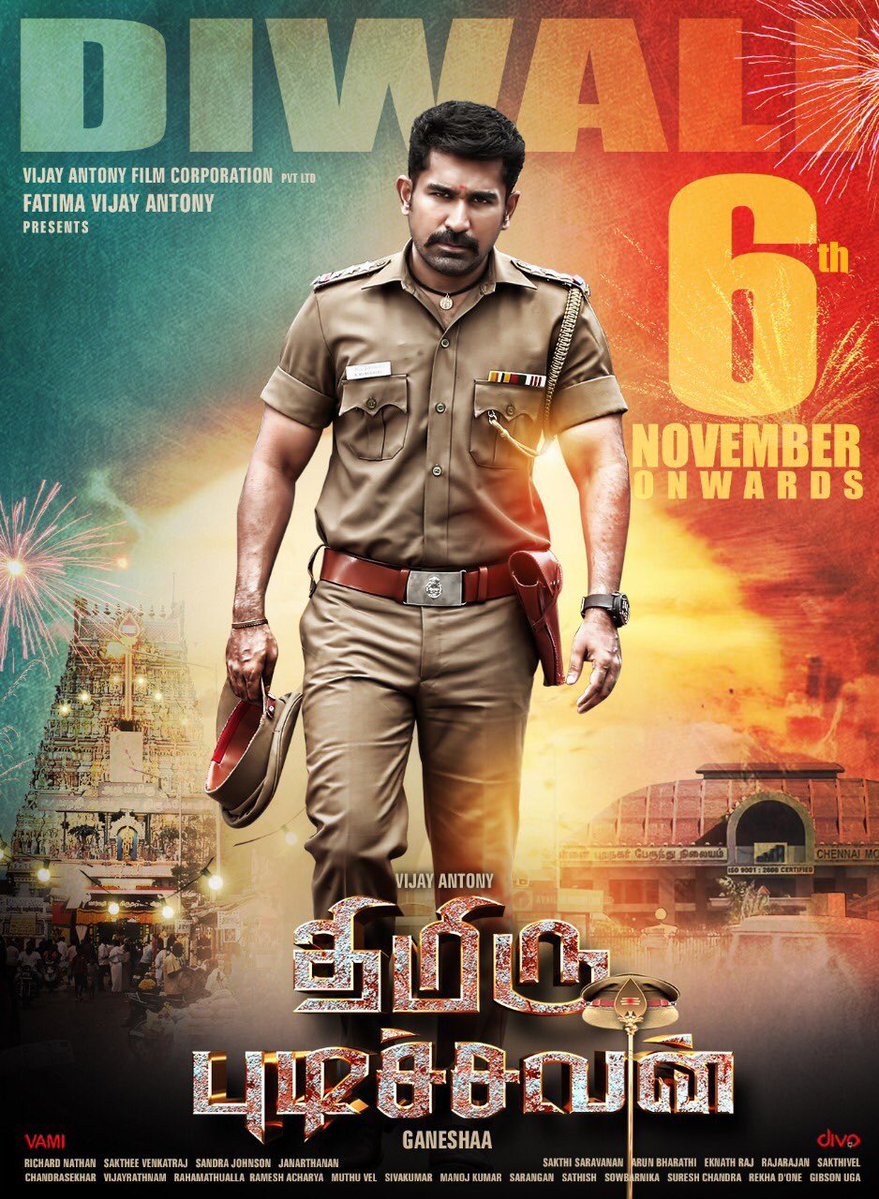 Vijay Antony plays the role of a cop in the movie. Nivetha Pethuraj has been roped in as the female lead and she too will be essaying cop role.

Now the actor has announced that the movie will be released on 6 November during the Deepavali holiday.
The flick is directed by Ganesha, a former associate of S S Rajamouli. The movie is bankrolled by Vijay’s home banner, Vijay Antony Film Corporation.