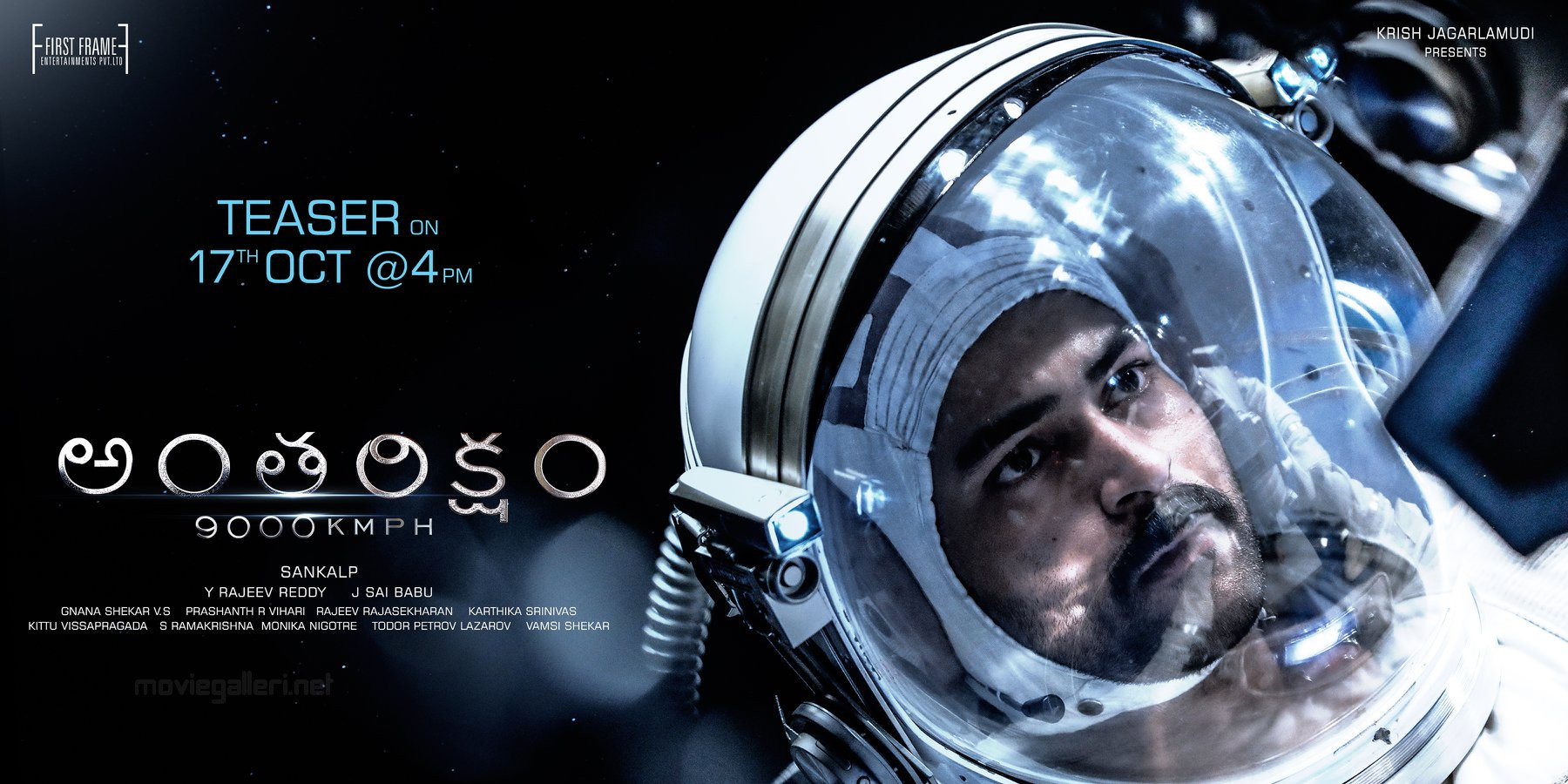 After wrapping up the shoot, the makers of ‘Antariksham 9000 KMPH’ have locked the teaser launch date on October 17th.

This is Telugu cinema’s first ever space genre, has Varun Tej, Aditi Rao Hydari and Lavanya Tripathi in the lead cast while the film is being directed by Sankalp Reddy who debuted with ‘Ghazi’ which went on to win National Award.

‘Antariksham’ is shot extensively in specially designed sets with zero gravity and the film is made with high technical standards. A Hollywood team of experts have composed the action episodes and they are going to stand out. Also the visuals effects will be another highlight of the film.

Hero Varun Tej along with the supporting cast, underwent training for the action sequences. He took extra bit of risk for them as well.

Cinematography for the film is handled by Gnanasekhar while Prashanth Vihari is composing music.

Being a huge experimental film in Telugu, the expectations are quite massive on it while the whole of Telugu film industry is also looking forward for ‘Antariksham.

The film is slated for release on December 21st.