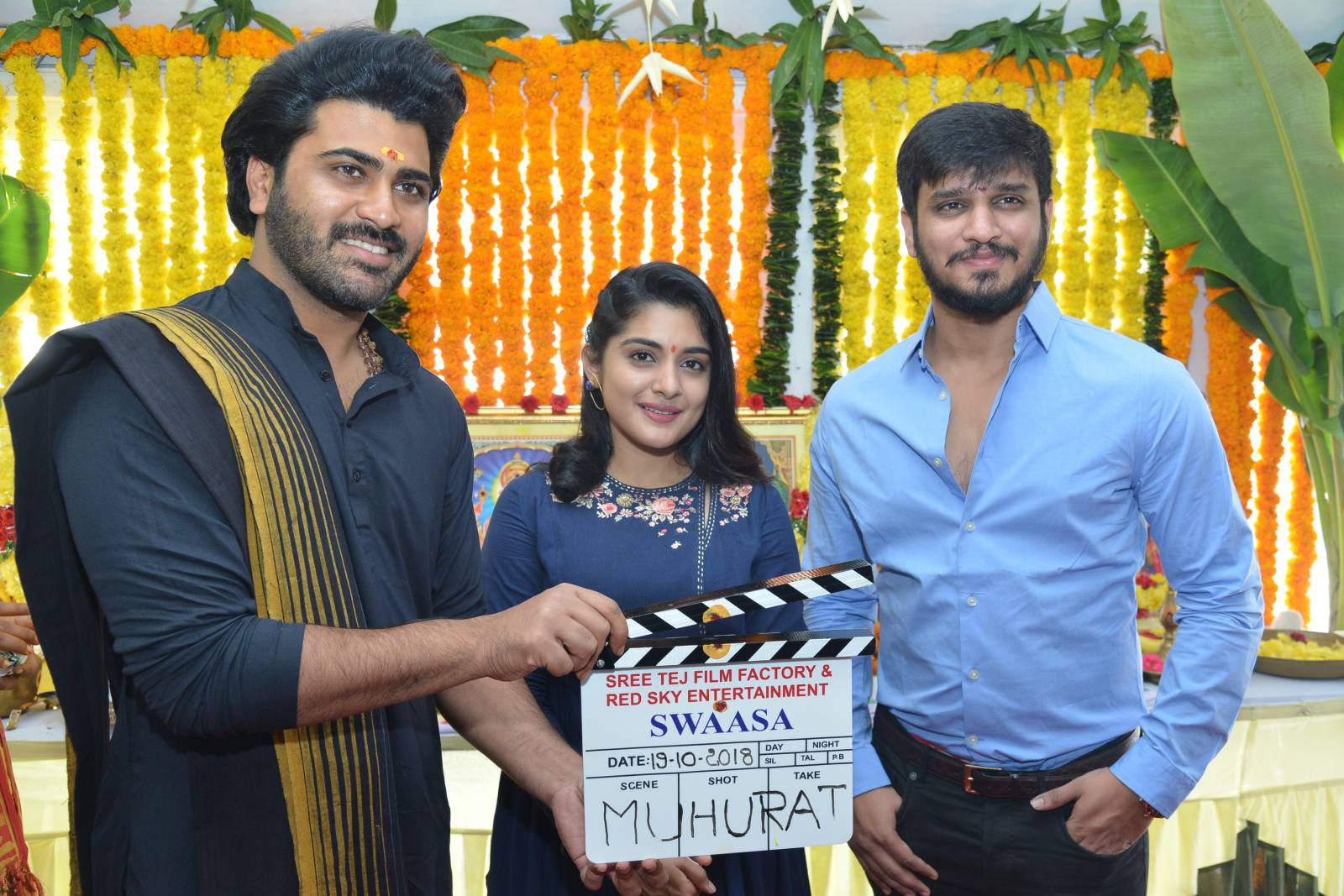 Young hero Nikhil Siddharth and Malayalam beauty Nivetha Thomas are pairing for the first time for a romantic entertainer titled ‘Swaasa.’ This film is formally launched on Friday in the presence of prominent personalities from the film industry.

Hero Sharwanand clapped the board for the first scene shot on the lead pair while ‘Gemini’ Kiran and actor Naresh switched on the camera. Director Krish Jagarlamudi did the honours of directing the first scene.

‘Swaasa’ is a pure love story and will be directed by newcomer, Kishen Katta. Cinematography is being taken care by Istvan Lettang.

Speaking hero Nikhil said, “I really liked the script a lot and my character has too many shades. The director and producers are new to the industry and hope we come up with a decent film. Happy Dussehra to all Telugu people.”

Actress Nivetha said, “The script is exciting and looking forward for it.”

Director Kishen said, “Thanks to hero Nikhil for this opportunity and I consider this as a journey and hope to make it a good one. We have already started the music work.”

Producers said, “Director Kishen and we are friends since very long time. The script shaped up quite well and so we have decided to produce it. Thanks to Nikhil and Nivetha and happy Dussehra to Telugu audience.”

With this film Tej Uppalapati and Harinikesh Reddy are debuting as producers to the Tollywood and will be bankrolling ‘Swaasa’ under Tej Film Factory and Red Sky Entertainment banners.

The regular shooting would commence soon.