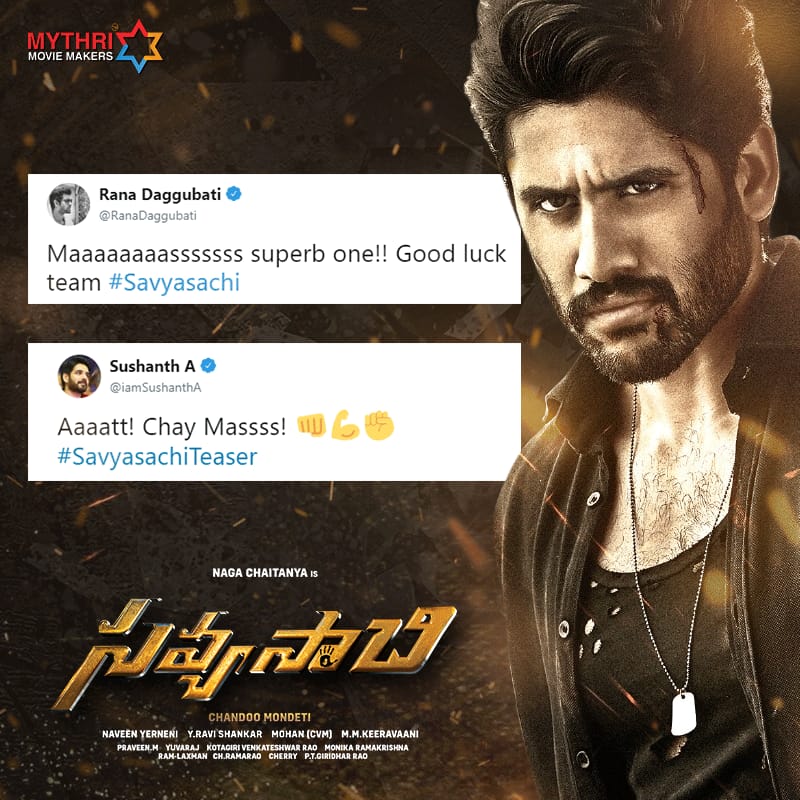 The teaser of ‘Savyasachi’ starring Naga Chaitanya in the lead role is unveiled. The teaser looks stylish and action packed.

The role of Naga Chaitanya who plays an ambidextrous person, who can use both hands equally like Arjuna in ‘Mahabharath’ and is based on vanishing twin syndrome. This happens when a twin disappears in the womb during pregnancy as a result of a miscarriage. The fetal tissue is absorbed by the other twin and a child who is born will have the other twin’s blood and body rolled into one.

Chandoo Mondeti is directing the movie and has come up with a concept that is never before on Telugu cinema. Cinematography is slick and captures some brilliant visuals. ‘Savyasachi’ is shot in some stunning locations and they can be seen in the starting of the teaser.

Nidhhi Agerwal is playing the female lead role and she appears charming. Actors Madhavan and Bhumika Chawla are essaying important roles as well in ‘Savyasachi.’ Madhavan flashes for a second in the teaser in a different role and in a serious mood.

Keeravani is composing music and the background score compliments perfect to the striking teaser.

‘Savyasachi’ is produced by hat-trick industry hits banner, Mythri Movie Makers and the production values are top class.
The movie is going to release in November.