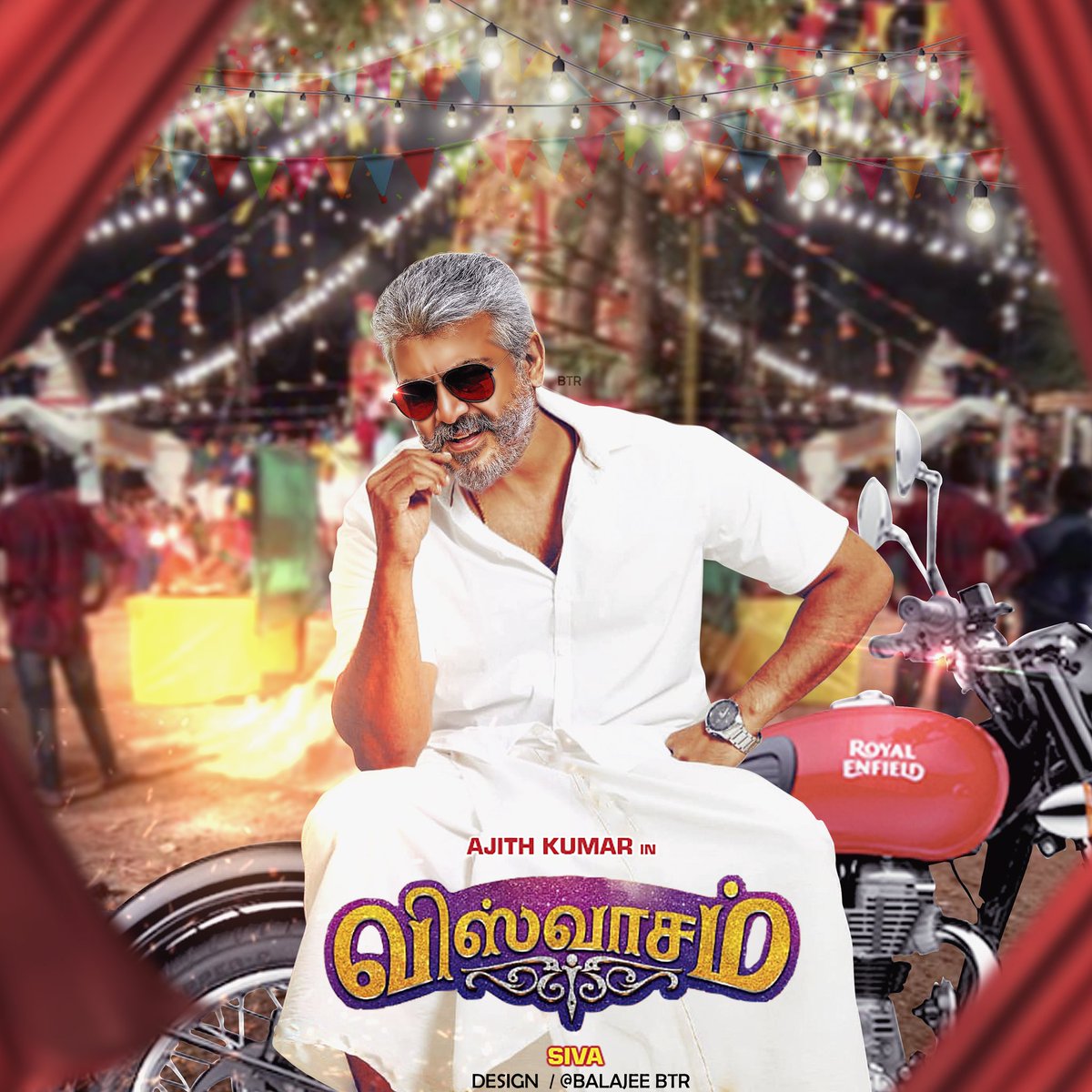 Producer Rajesh of ‘Aramm’ and ‘Gulebagavali’ fame has acquired the Tamil Nadu theatrical rights of Ajith’s ‘Viswasam’ for a fancy price, which has not been disclosed.

In a statement, he said the film will hit the screens for Pongal 2019. He also expressed hope that it would emerge a blockbuster.

The first look poster of Ajith’s upcoming flick Viswasam directed by Siva was released recently . The poster has Ajith in two getups, one in the salt and pepper look, and another in a full black hair.

It seems that Ajith’s character has a young and old side. The lyrics of the introduction song for Ajith in the film are reportedly out.

The song begins with the words ‘Ethanai Uyaram Imayamalai adhil innuru sigaram enga thala’. The lyrics has come as a huge joy to the fans.