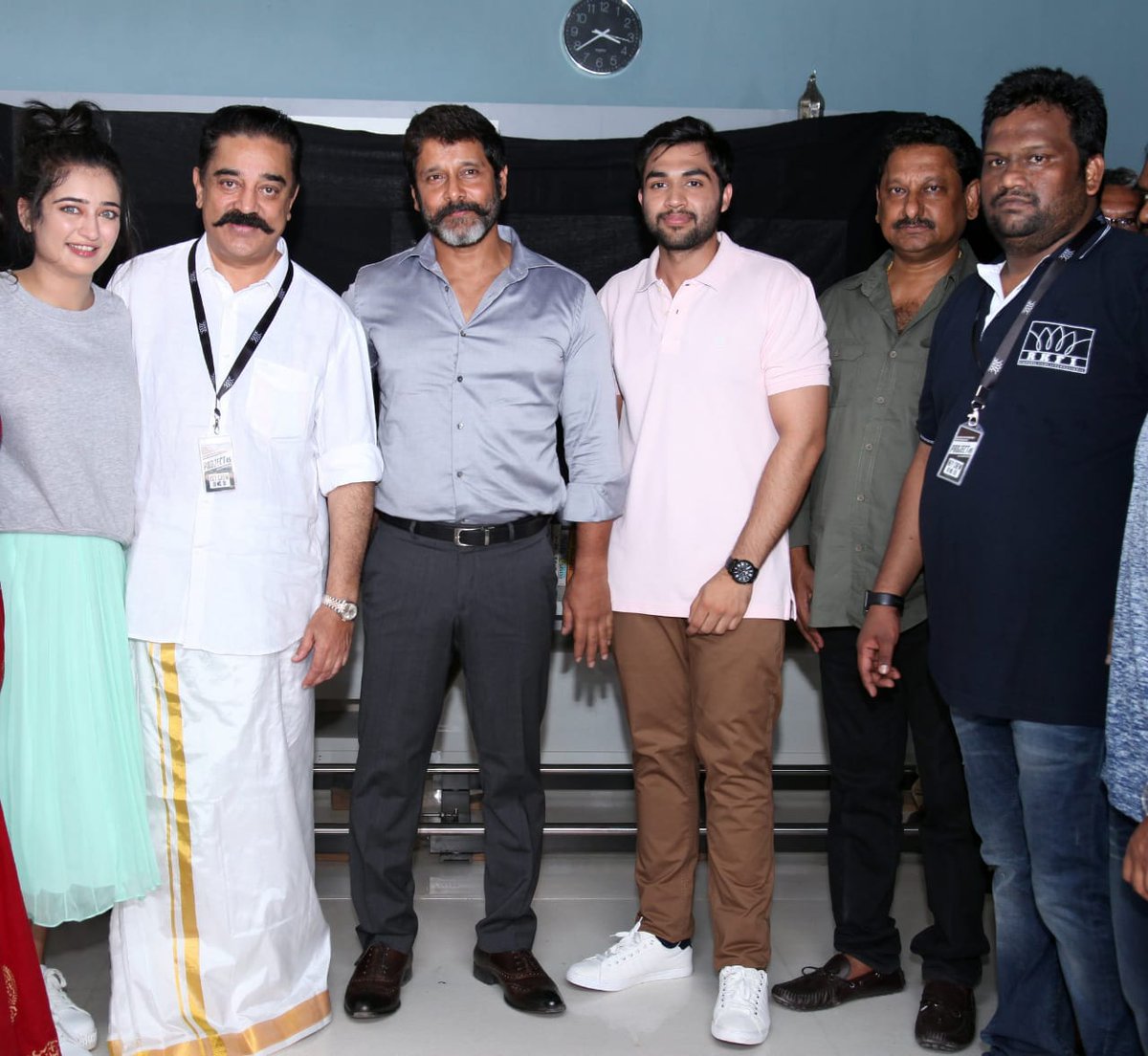 The shooting of Vikram’s next flick produced by Raj Kamal Films along with Trident Arts has started.
Akshara Haasan is playing an important role in the movie. Music director M Ghibran already began composing for the flick.

Kamal Haasan made the announcement about the movie in his Twitter account and said that it will be directed by Rajesh M Selva of Thoongavanam fame.

It may be also noted that Vikram recently completed shooting for Gautham Vasudev Menon’s Dhruva Natchathiram and is currently shooting for Saamy Square.