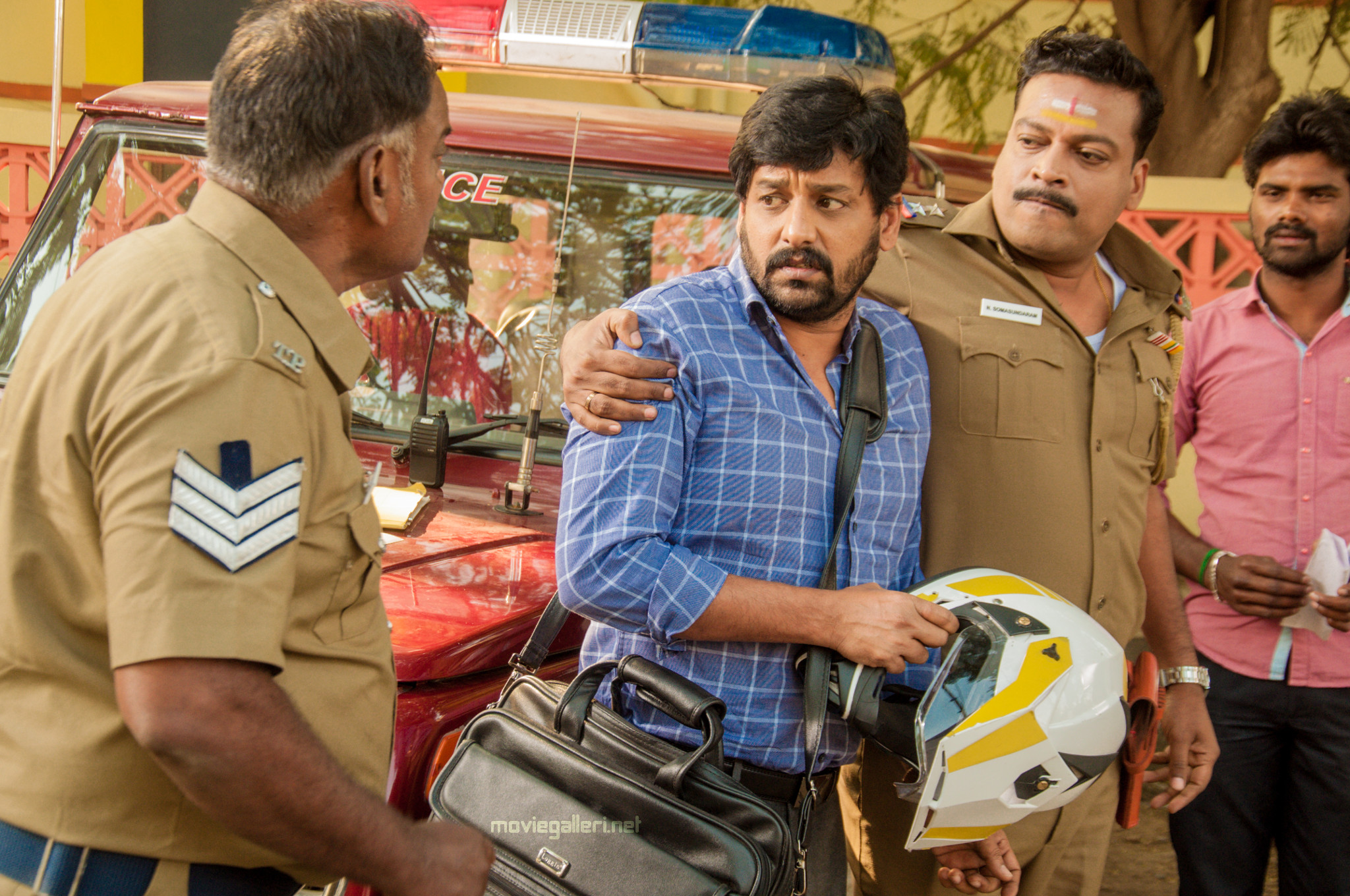 Every now and then Tamil cinema industry spring a surprise to the audience in terms of content. The recent instances of many content oriented films having a say in the box office provides strength to the producers and directors who come up with ideas that win them accolades.

“Vandi” starring Vidharth in the lead is one such film. This film had travelled the hard terrain of shooting and is now venturing into the much tougher terrain called Release. The journey to release is relatively made easy with popular distributor, producer M.Saravanan of S focuss coming on board as the distributor for Tamil Nadu. It is to be noted that M.Saravanan had distributed many films including Chennai 28 part 2, and Power Pandi in the recent past. He has also produced “Kuppathu Raja” starring GV Prakash and Radhakrishnan Parthiban. Kuppathu Raja is slated to release very shortly.

Sharing his joy in being in the driver’s seat in distributing “Vandi” M. Saravanan says ” As a company we are focussed on content . We are of a strong opinion that a strong content blended with smart marketing and promotion makes any film.a strong contender in the box office.

“Vandi” has got enough fuel to compete with the best. Producer Hasheer of Rooby films and Director Rajesh Bala in tandem have delivered a sure block buster. Iam indeed delighted to be associated with this film. We are kick starting the promotions now and we are absolutely confident that “Vandi” will be on the road to success with the support of the audience .