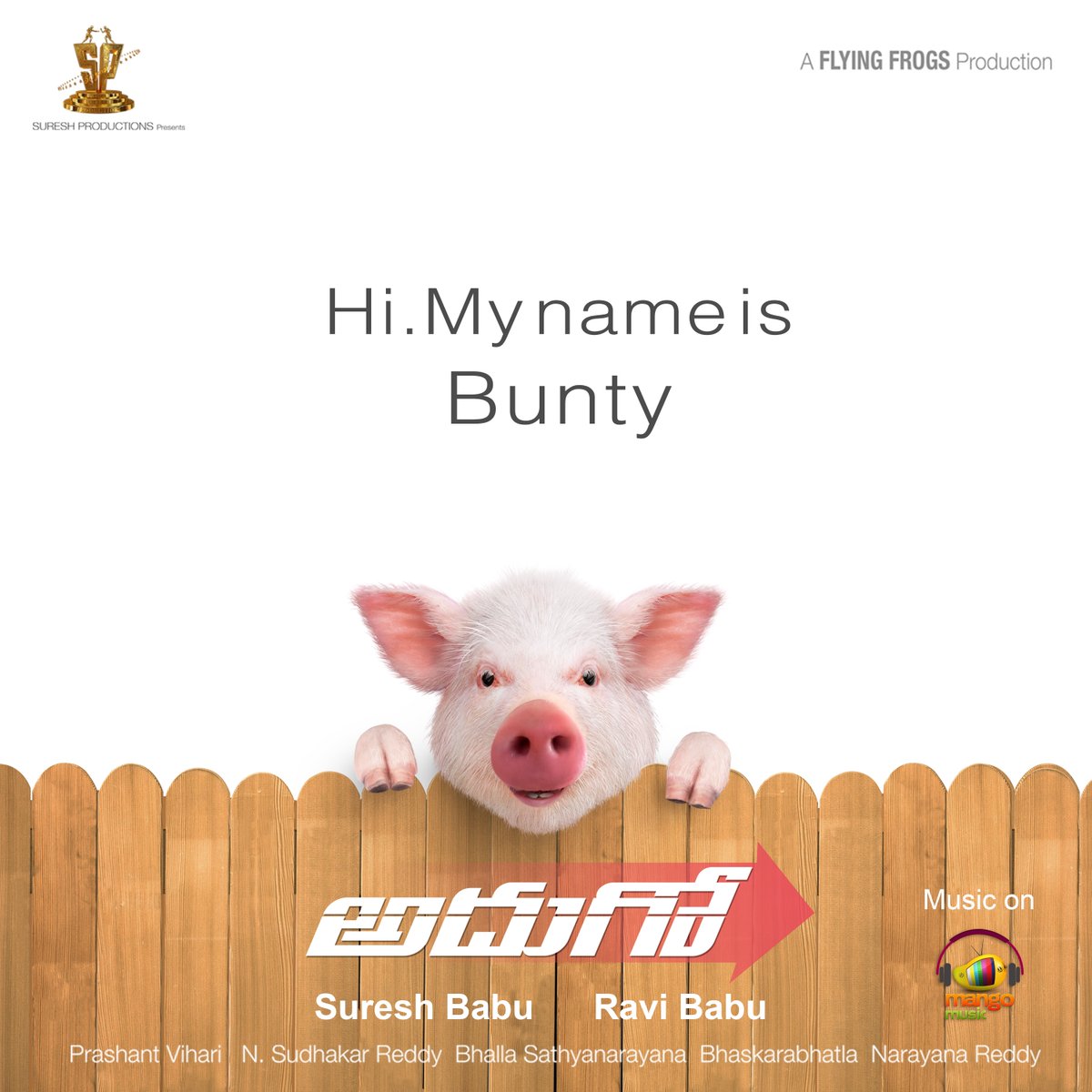 The first look of ‘Adhugo’ is unveiled by the makers. As the film has a piglet in the lead role, the first look introduces to the piglet which is called Bunty. The piglet hangs to a wooden fencing with a smile on his face and this is endearing.

Written and directed by Ravi Babu, the movie also stars Abhishek Varma and Nabha in the lead cast. This is for the first time live-action 3D animation has been extensively used to create a stunning photo-realistic piglet on the Indian screen.

‘Adhugo’ is in its final stages and the makers are aiming for Dussehra release. Noted producer Suresh Babu is presenting the movie in association with Suresh Productions banner.

Prashanth Vihari is composing music while N Sudhakar Reddy has handled the cinematography.

Ravi Babu has produced the film under A Flying Frog banner and ‘Adhugo’ is getting dubbed into all Indian languages. ‘Bunty’ is the title for the rest of the versions.