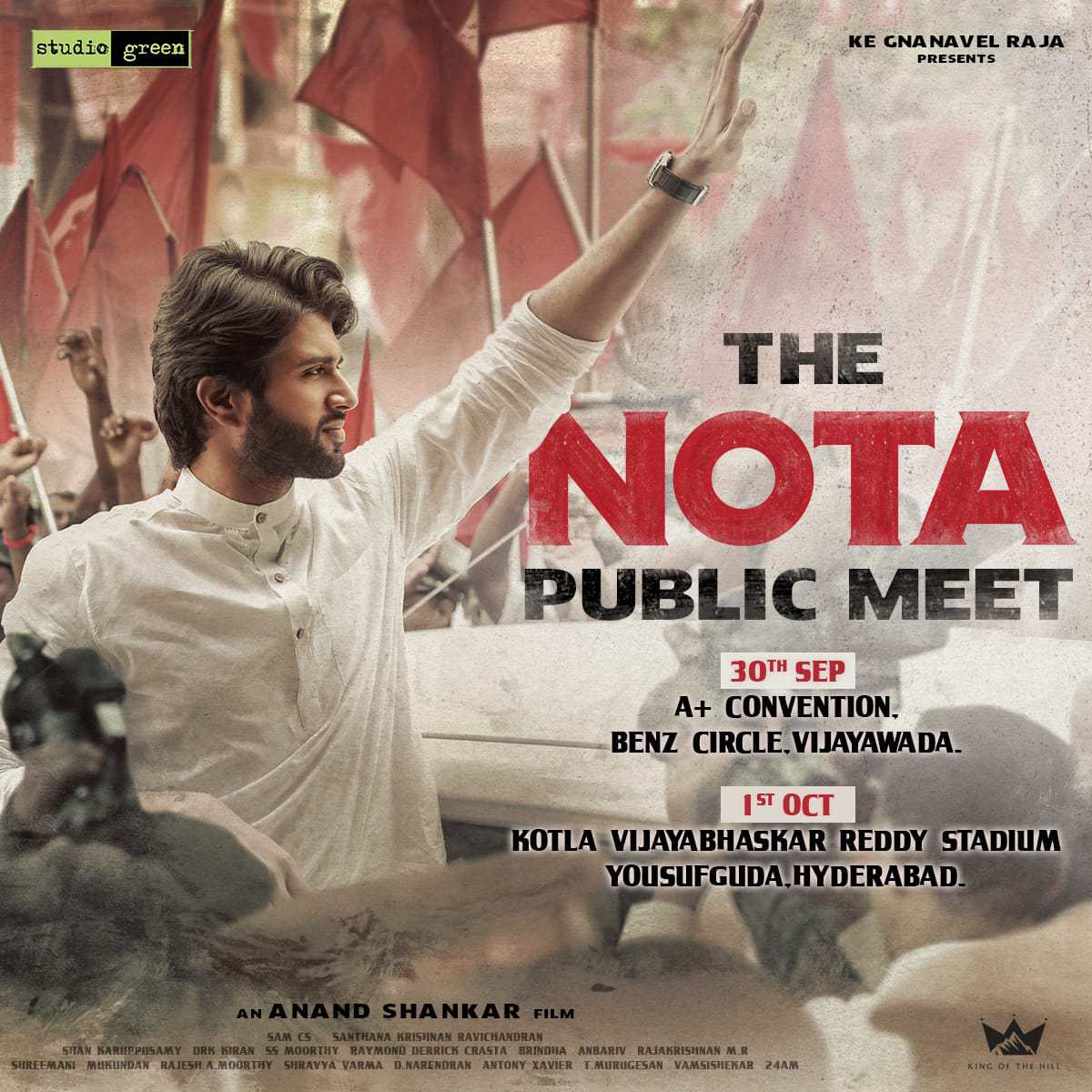 The Public Meet events of the movie ‘NOTA’ will be held on September 30th and October 1st respectively.

A Plus Convention at Benz Circle in Vijaywada will host the first public meet of ‘NOTA’ on September 30th and the second public meet will be held on October 1st at Kotla VijayaBhaskar Reddy Stadium in Yousufguda, Hyderabad.

‘NOTA’ is a political thriller featuring Vijay Deverakonda, Sathyaraj and Nasser in prominent roles. Directed by Anand Shankar, this is for the first time, Vijay Deverakonda is doing a political genre and that too ‘NOTA’ is coming after blockbusters like ‘Arjun Reddy’ and ‘Geetha Govindam.’

Music is composed by Sam CS for this film while Studio Green banner has bankrolled it.

‘NOTA’ is releasing on October 5th.