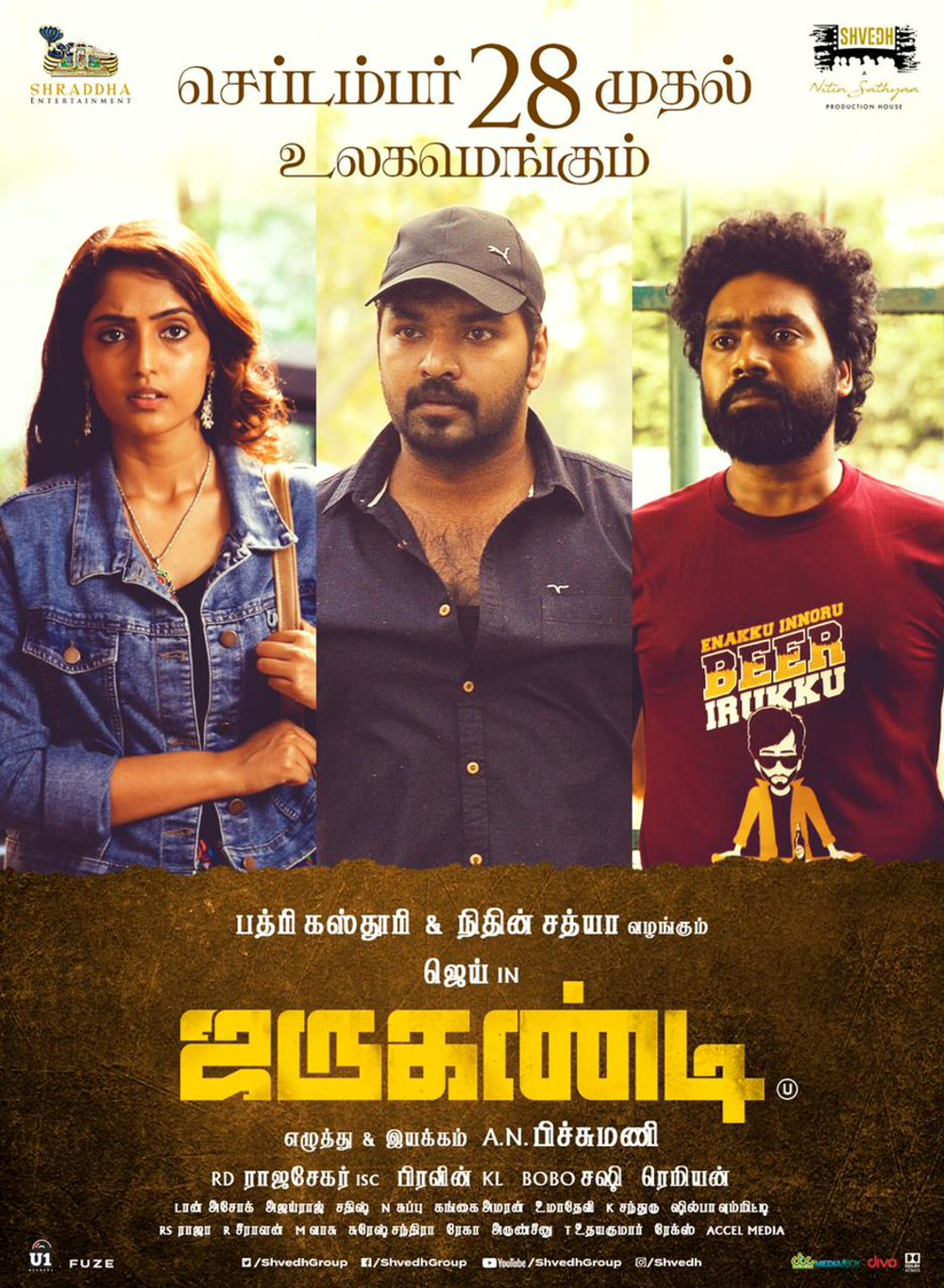 Jarugandi starring Jai was cleared by the censor board with U certificate recently. Now the makers have announced that the flick will be released on 28th September.

The movie is the debut production venture of actor Nithin Sathya. Reba Monica plays the female lead in the film.

First look poster of the movie was released by director A R Murugadoss. Pichumani, former assistant of Venkat Prabhu, is directing the movie which has music by Bobo Sashi.