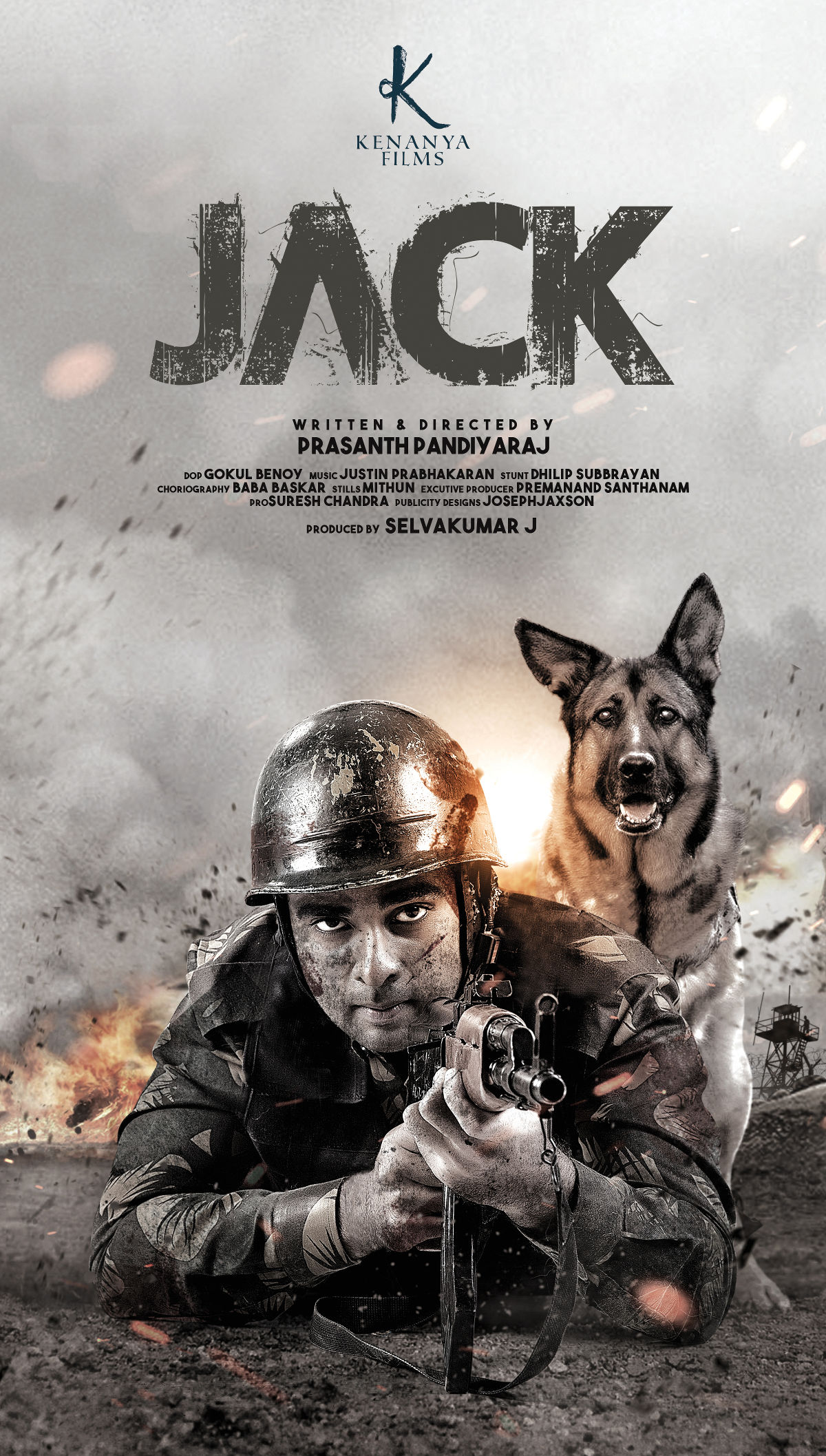 Kenanya films the makers of Thirudan Police, Oru Naal koothu,Bruce lee, Server Sundaram, and “Vaan” with Dulquer Salman in the lead are making another film with the fulcrum point based on a dog.

Prasanth Pandiyaraj who had earlier directed “Bruce lee” will be directing this film titled “Jack”. Ashok Selvan plays the protagonist of this film. It is based on army operations declared the producer Selvakumar.

He also adds “As a company we are determined to show case versatility in the type of films we make. This animal genre was some thing which we have not done until now. When Prasanth narrated the script to me i was extremely delighted. I could see the possibility of a national attention here. Ashok Selvan walks into any genre of films with ease as he has got the pan Indian looks which is very uncommon. His physique suits the role of an army man too. We have assembled the best of talented technicians who will possibly add more value to the product. Gokul Benoy is the cinematographer , the talented Justin Prabhakaran is the music director, Dilip Subbarayan will compose the action sequences ,while Baba Baskar handles choreography. This adventure drama will aim a mid summer release”.

“Jack” the title has got the potentiality of an international attention. This script was penned by me some time back. This script demanded some research and development work as it was not just on a dog, but on a well trained dog belonging to the army. This is not just an animal adventure film. The base is emotion. The special bonding between the hero Ashok Selvan and the dog in the back ground of war sequences make this an interesting watch.I am backed with a good production company and like minded technical team.Askok Selvan will reach new heights after this film. The search of heroine and the other cast is on.We shall be commencing the film from mid October” declares Director Prasanth Pandiraj.