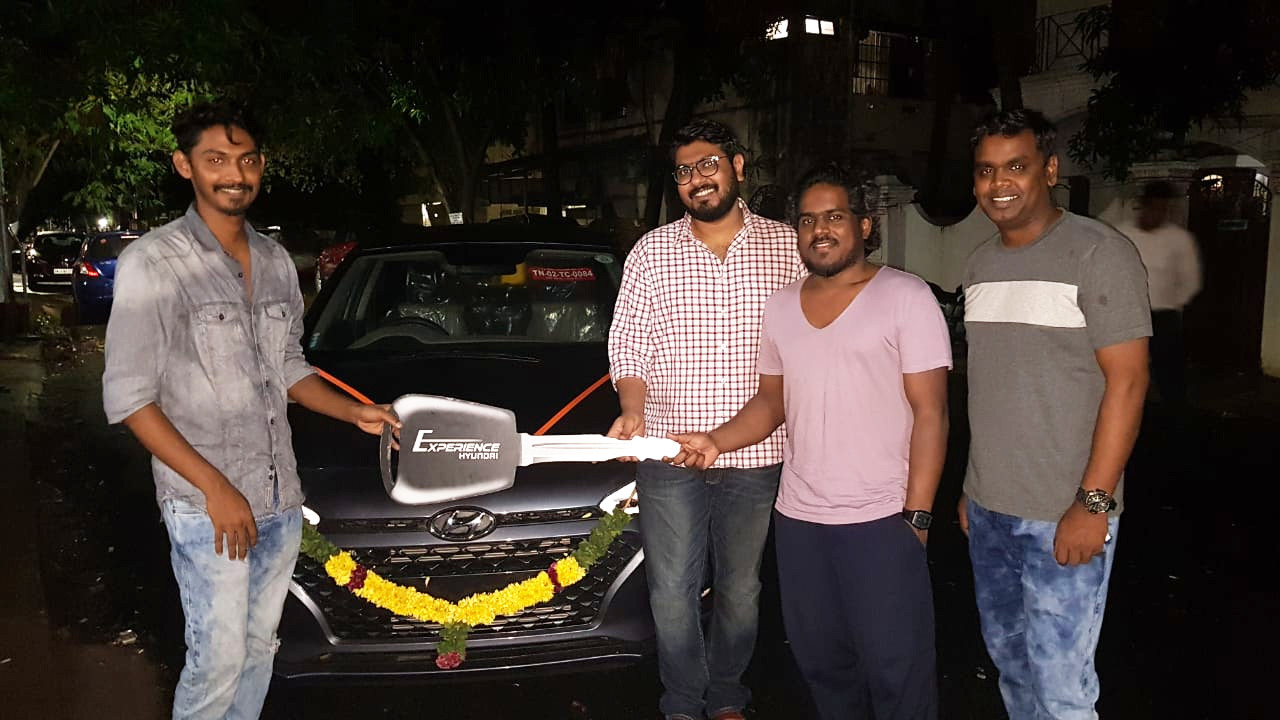 The vibrations of Pyaar Prema Kadhal are felt at hearts and spirits from elite multiplexes to the far-flung single screens. The magic of love created with dainty embellishments has captured not just youth cohorts, but universal audiences too. While director Elan decorated this experience with beauty of love, the producers show back their ‘Pyaar’ for this auteur by gifting him a car. As many would perceive this to be a surprisal gift, director Elan utters, “This is an unprompted gesture of affection from the producers, where they didn’t decide on this after film’s success, but a promise made prior to release. Much more than a CAR, what I feel as the greatest gift is the unconditional faith the producers – Yuvan Shankar Raja sir, Raja Rajan sir and Irfan Malik had on me even before they saw the final output. More than the Car , it is their Care to produce and market in a bigger way which deserves accolades. What else can an upcoming filmmaker like me can ask for than this gift?”

Producer SN Raja Rajan of K Productions delightedly says, “As a producer, I always feel that a film’s success isn’t just confined to the box office figures, but to see the audiences walk back home with huge satisfaction. Apparently, director Elan has made me, Yuvan Shankar Raja sir and Irfan Malik sir completely elated with his dedication and potentials. His ability to match Yuvan’s scintillating music makes him more soecial.This success has propelled us to introduce new talents to unleash their potentials and innovations. We will be soon coming together with more such announcements with new filmmakers.”