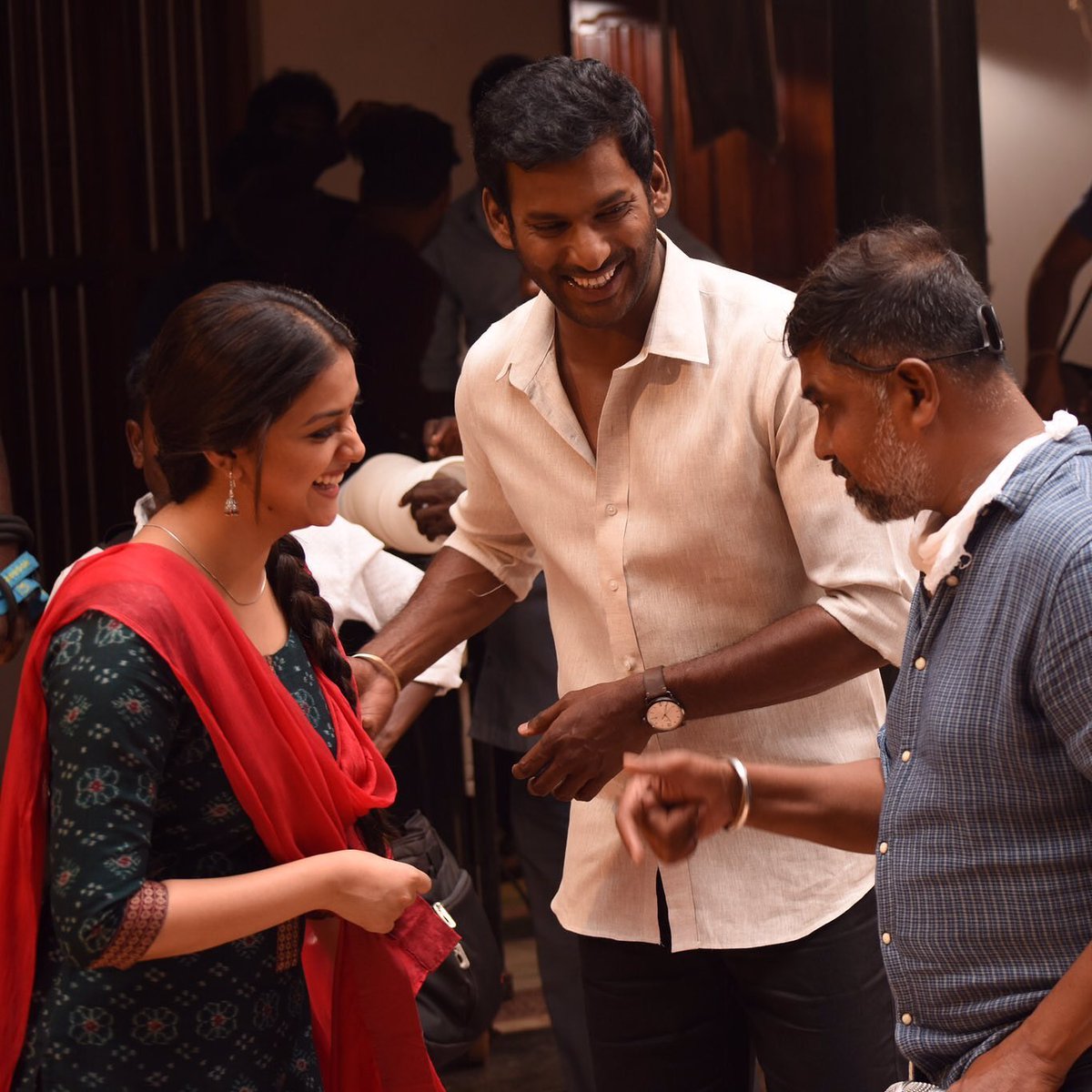 It looks like the entire cast and crew members of Sandakozhi 2 are going through gold rush now. First it was Keerthy Suresh, who surprised the 150-membered crew gifting each gold coins on the day she bid adieu to the team. On a surprisal note, it happens that the final day shooting wraps up with festive toast. But producer-actor Vishal and director Lingusamy just turned this moment into an uncalled for enthrallment upon crewmembers. Both of them individually gifted the entire crewmember with gold coins with a feast of delicious sumptuous food. In addition, Lingusamy donated sum of 2Lac to Kerala Chief Minister Distress Relief Fund for flood affected victims of Kerala.

Sandakozhi 2 will have a full stretch post-production works of around 40 days, where the preparations to get it released simultaneously on Tamil and Telugu on October 18 will go on full swing.

Yuvan Shankar Raja’s single track has already turned to be a Chartbuster hit.