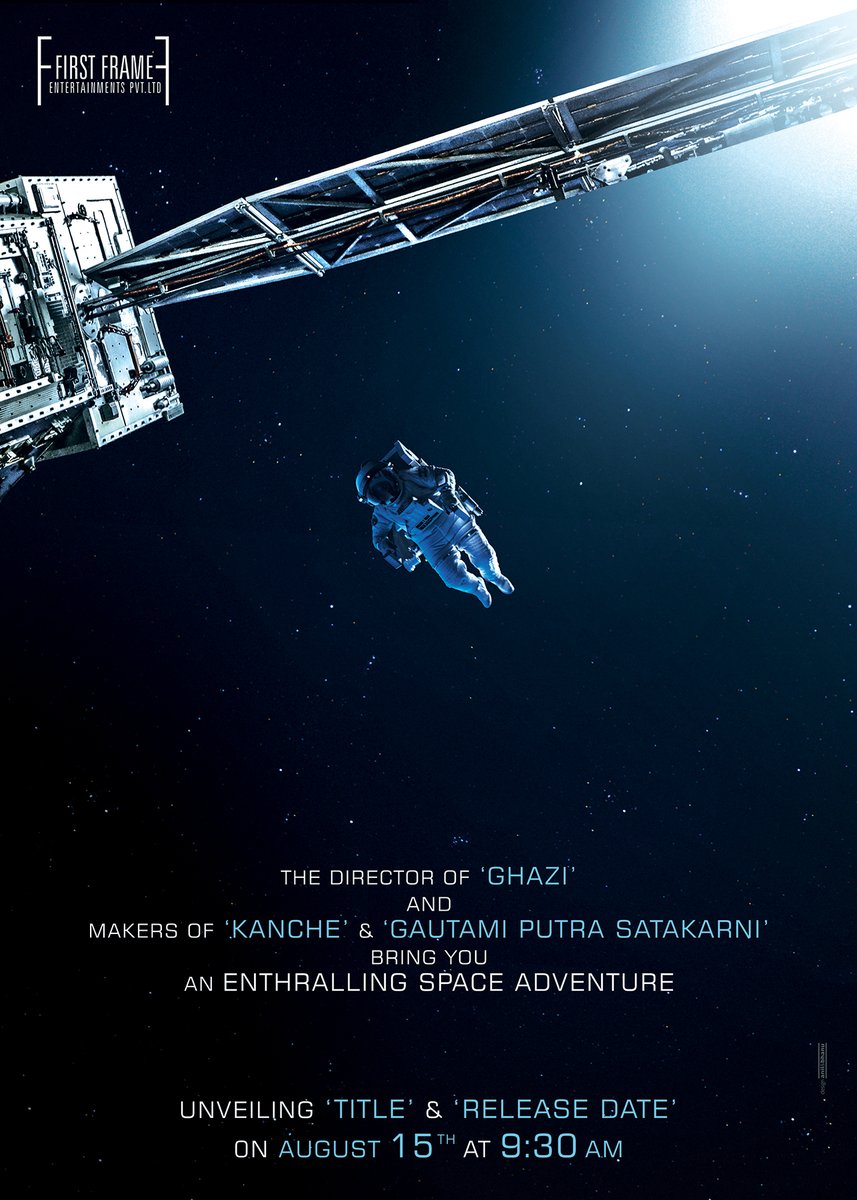 A concept poster of the film is shared by hero Varun and it is absolutely stunning. The poster reveals that the title and release date of the film will be announced on August 15th at 9:30 am.

Being a space backdrop film, it is shot with high technical standards and the action episodes are composed by Hollywood experts team. Specially designed sets with zero gravity were assembled exclusively for the shooting and hero Varun along with other cast members have underwent training in zero gravity as well.

Aditi Rao Hydari and Lavanya Tripathi are playing the female lead roles in this yet-to-be titled movie which is produced by Sai Babu Jagarlamudi and Rajeev Reddy under First Frame Entertainments banner.

Director Krish is also presenting and producing the movie.