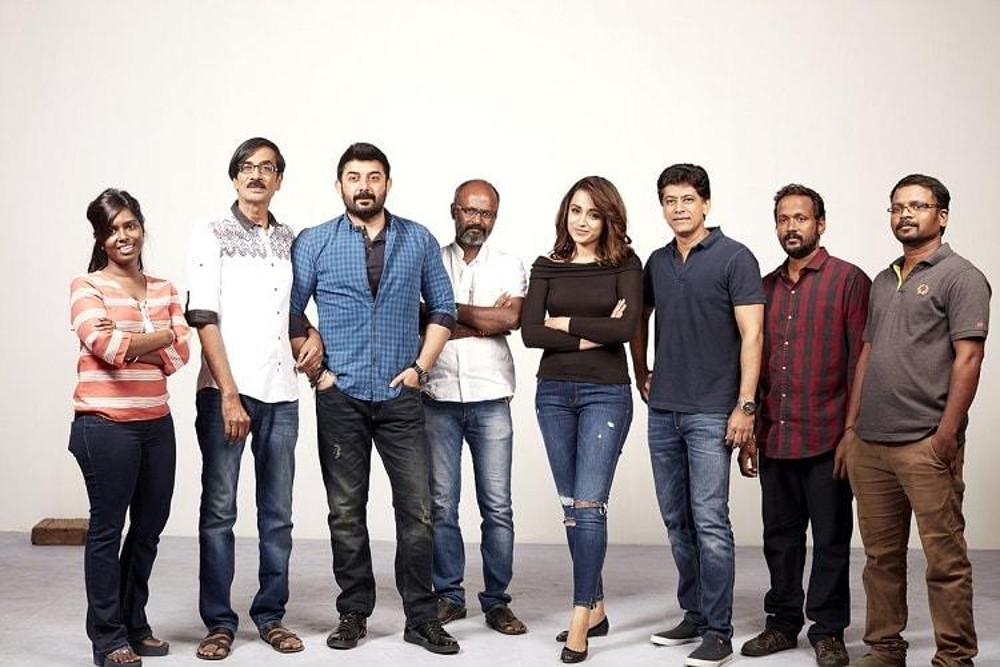 Though the shooting was completed long time ago, however the release was delayed due to unknown reasons. Now the makers have announced that the movie will be released in September.

The flick is directed by Nirmal Kumar of Salim fame. It is touted that Arvind Swamy plays a con man in the film and Trisha, a con girl.

The dialogues for the film are by Vinoth, who directed Sathuranga Vettai. While the first part was about the scams in rural areas, the sequel is said to deal with high-profiled crimes that are committed using technology.