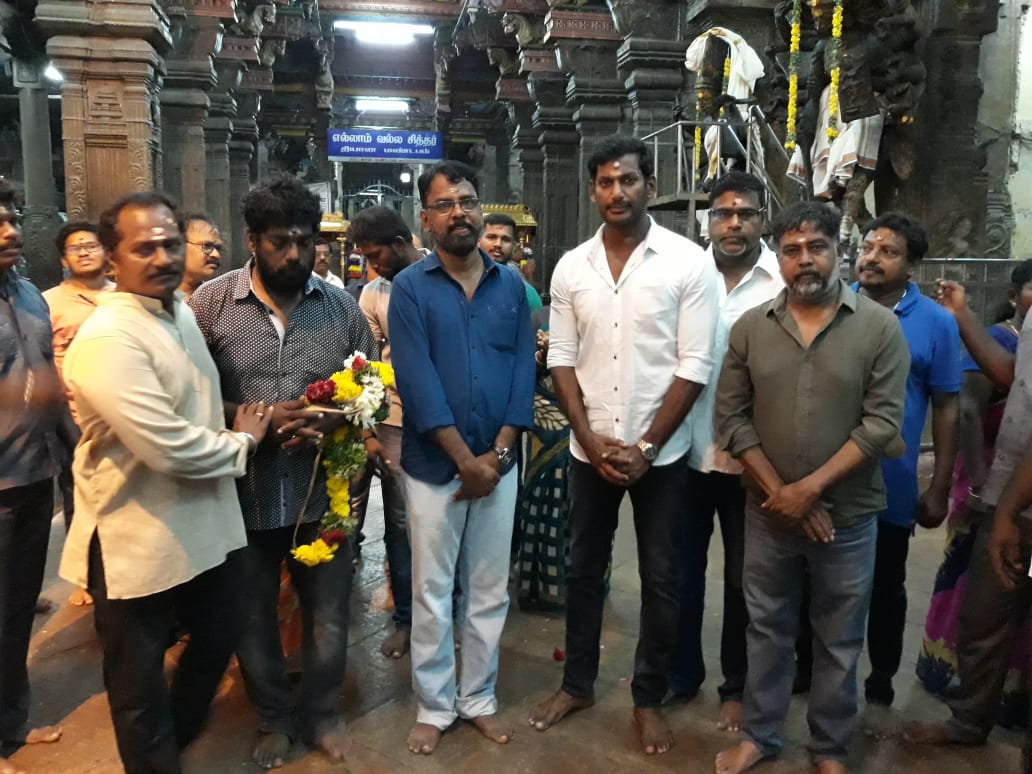 Actor Vishal and his team Sandakozhi 2 offered special prayers at Madurai Meenakshi Temple last evening (August 17) for hundreds and thousands of people who have become victims to Kerala floods. The team wrapped shooting its portions in Madurai and has travelled to Pondicherry now for the final leg schedule. As announced earlier, Sandakozhi 2 will have a worldwide release on October 18 for the festival of Dussehra.

Yuvan Shankar Raja has composed music for the film, which is produced by Vishal Film Factory.