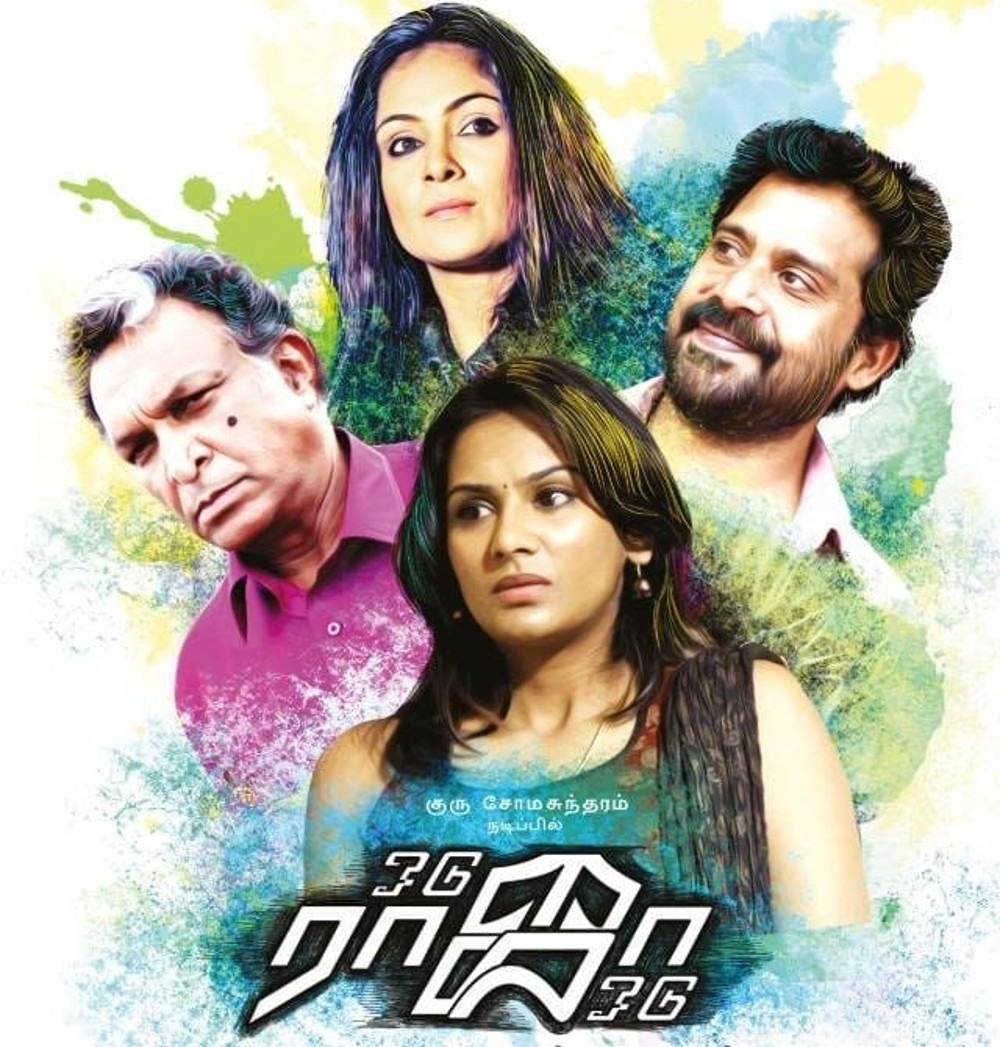 Guru Somasundaram is a script-writter who lives with his wife Lakshmi Priya. One day she gives him money to buy a set-top box to mark their wedding day.

Guru along with his friend goes to buy it, however he loses the money and also gets invovled in further trouble.

Meanwhile, Charu Haasan, a don in his death-bed makes his son to promise to leave rowdiysm. However, Charu’s son tries to kill Nassar and becomes don.

Adding more trouble, a guy who was in jail for five years after being cheated by Nassar comes out and hatches a plan to kidnap him and get money.

Similarly, small boys in the locality are involved in petty thefts. All these four plots meet at one point and what happens after that forms the rest.

Guru Somasundaram who comes as a wife fearing husband has excelled in his acting, His natural performance makes his character look convincing and is appreciated by the audience.

He has displayed various emotions effectively making the audience feel for his role. Laskhmi Priya who comes as an angry wife in the movie has done complete justice to her character.

Nassar has once again displayed his seasoned acting. The rest of the cast has done the job which was given to them in a decent manner.

The movie which basically begins with the purchase of a set-top box takes several twists and turns and ends with the answer of whether the hero got it or not.

Directors Jathin Sanker Raj and Nishant Ravindran have taken up the dark humour genre and have worked out well in parts. They have succeeded to connect all the sub-plots at one point keeping the audience engaged and guessing.

Music by Dhosh Nanda is good and foot tapping. The hyperlink movie demands all your attention to keep track of the events.