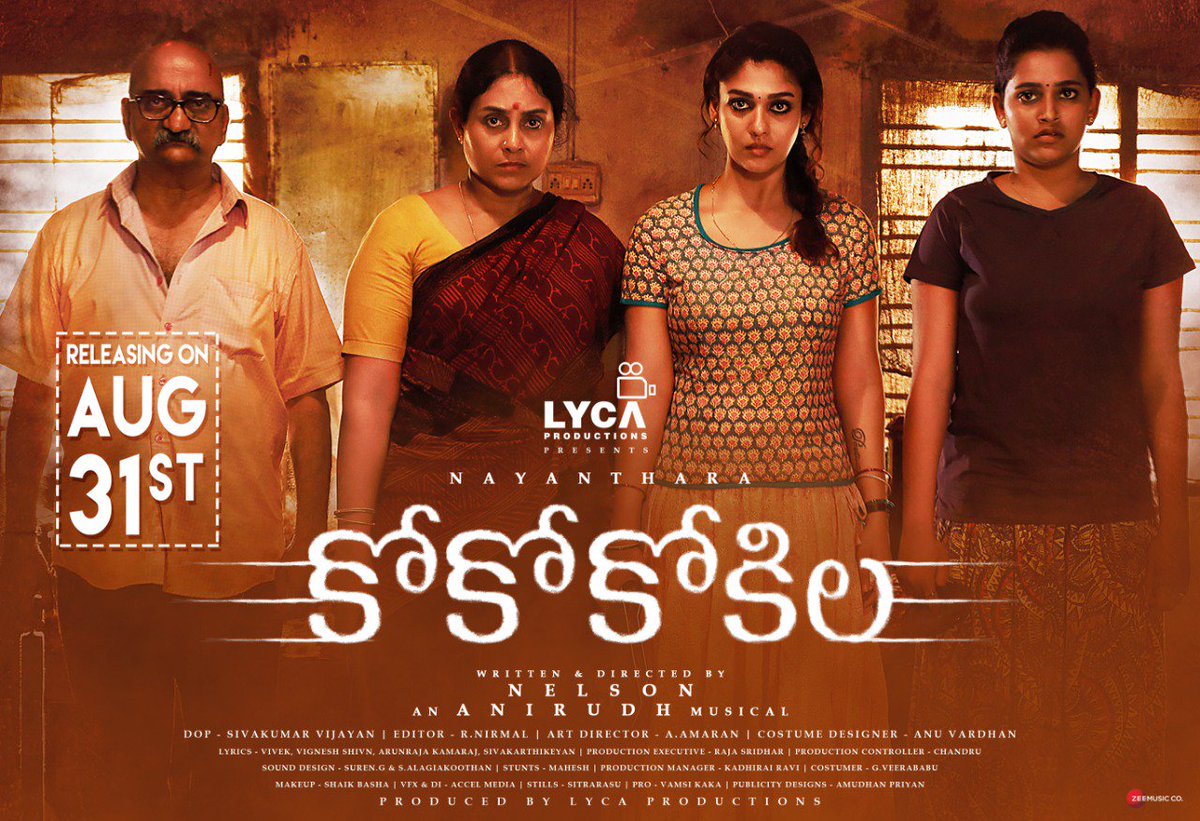 The super hit Nayanthara in the lead, will now be released in Telugu as CoCo Kokila on August 31. The film is being bankrolled by eminent production house Lyca Productions. The film was a super hit in Tamil setting the cash registers ringing. The English version will hit the marquee on August 31.

Speaking on the occasion, Lyca Productions representative said that Nayanthara’s lady’s superstar status is too well-known and needs no repetition. Her CoCo Kokila has won accolades from all quarters. Bollywood director Karan Johar, star director Shankar, superstar Rajinikanth have praised the movie. Their praises have boosted our morale, he said. The film is the story of a simple girl from a poor background falling the trap of a smugglers gang. Nelson has told the story in a gripping manner. Nayan’s acting, Sivakumar Vijayan cinematography, Yogi Babu comedy, Nelson’s taking and Anirudh Ravichandran’s music have proved to be the key assets for the film. We are proudly releasing the film on August 31, he said.

The film has Nayanthara, Yogibabu, Saranya Ponvannan playing the key roles. Anirudh Ravichandran scored the music for the film, while Sivakumar Vijayn wielded the camera. Nelson is the director and Lyca Productions has produced the film .