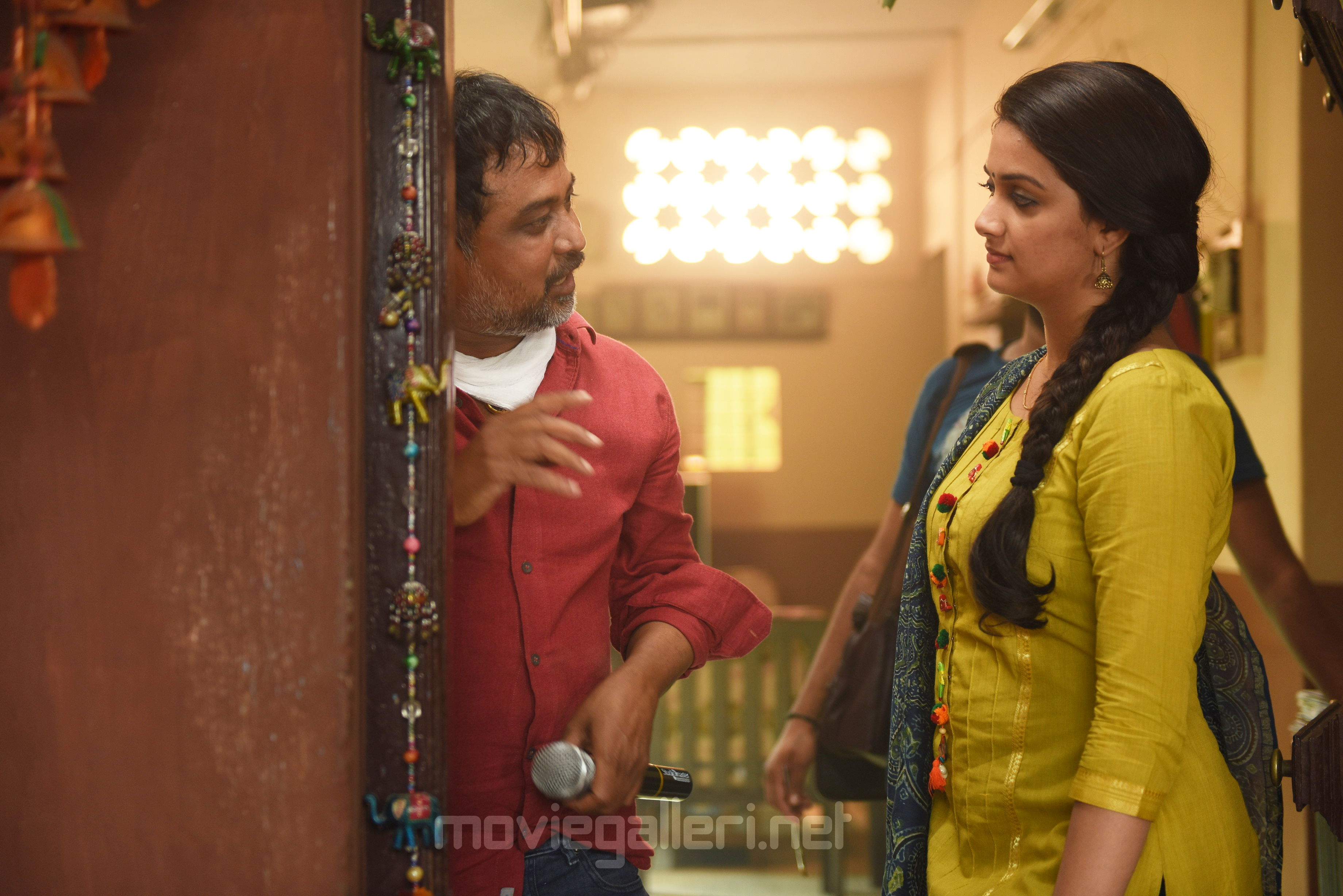 Keerthy Suresh is always admired and loved by her film crew members for not just her impeccable dedication, but a good heart and nature that remain congruous to it. Here is one such illustration that turned the entire 150-member crew of Sandakozhi 2 imbibed to emotional farewell for Keerthy Suresh. Today, the actress completed shooting her portions for this film and it’s been a ritual where the cake cutting and clicks would happen. But to everyone’s surprise, Keerthy Suresh gifted each and every member of Sandakozhi 2 with 1 Gram Gold coin. The entire unit member was bounded to an emotional surprise as an actress expressed so much of love for everyone in the team.

Well, for Keerthy Suresh, Sandakozhi 2 has been special for both Vishal and Keerthy Suresh as they happened to witnessed more delightful moments in success of respective films like Irumbu Thirai and Nadigaiyar Thilagam.

The entire team of Sandakozhi 2 is spellbound over the earnest dedication of Keerthy Suresh, where she worked upon difficult contexts like lengthy dialogues and emotional scenes.

Sandakozhi 2 produced by Vishal for Vishal Film Factory is now close on the heels of completion. With a grand audio launch scheduled by second week of September, the worldwide theatrical release is already confirmed for the festive occasion of Aayutha Pooja – October 19.

The film has already turned the spotlights on for the greatest reason – Vishal-Lingusamy-Yuvan Shankar Raja trio offering a thundering blockbuster ‘Sandakozhi’ before 13 years. The film which still remains fresh and evergreen even today when viewed on satellite and digital platforms has made everyone curiously looking out for ‘Sandakozhi 2’.