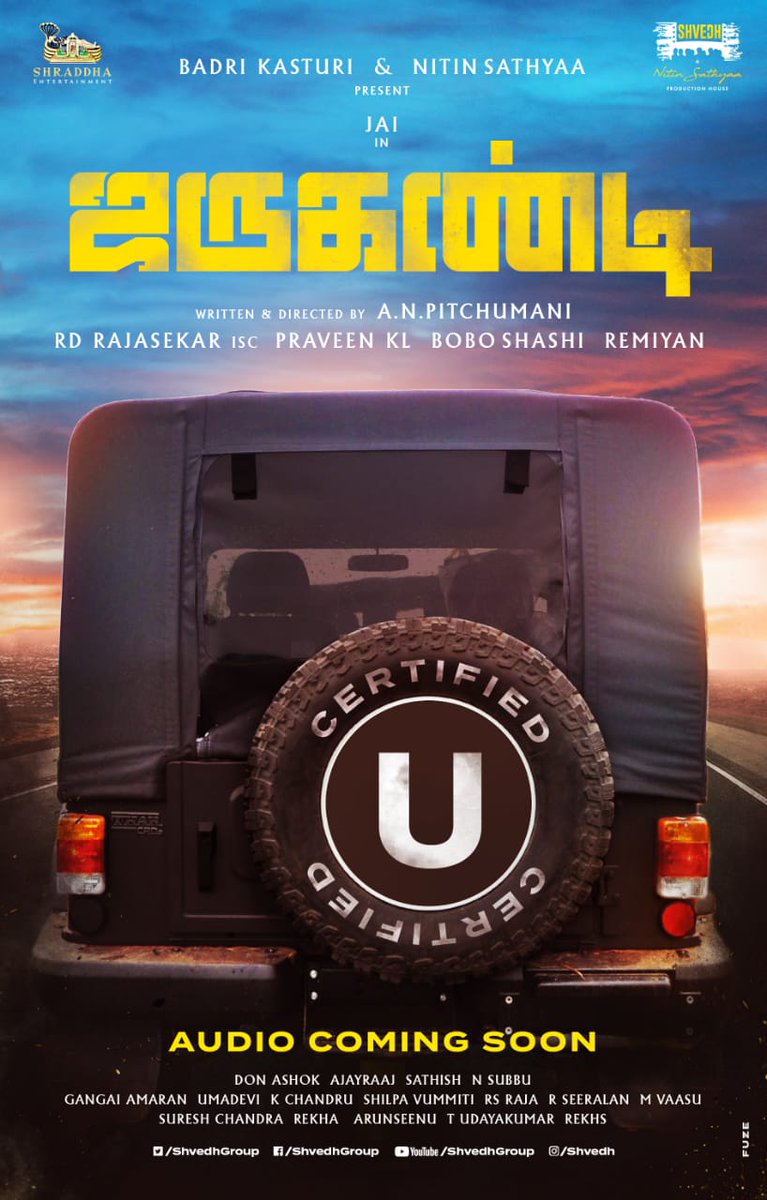 Teaser of Jarugandi starring Jai was released recently and went viral in the social media. Dubbing for the movie also commenced a few days ago.

Now the latest update is that the film has been cleared by the Censor Board with U certificate. The flick is the debut production venture of actor Nithin Sathya.

Reba Monica playa the female lead in the movie. First look poster of Jarugandi was released by director A R Murugadoss.

Pichumani, former assistant of Venkat Prabhu, is directing the movie which has music by Bobo Sashi. Star cast also includes Robo Shankar, Ilavarasu and Danny among others.