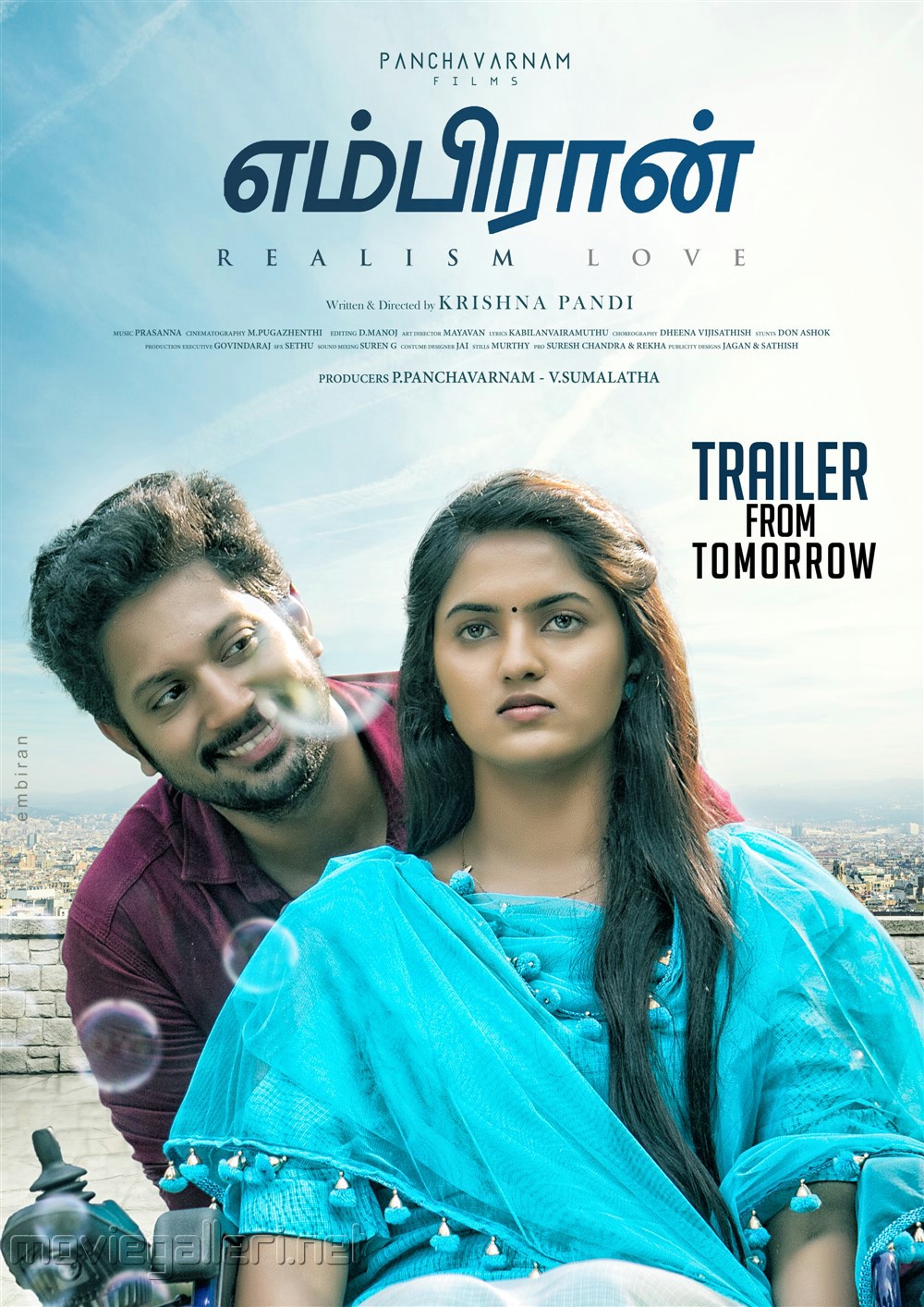 The ‘Embiran’ team is incisively found overwhelmed in its finest contentment as it feels blissful over its striding process. Especially, the producers P. Panchavarnam and V. Sumalatha are experiencing their seventh heaven moment – Thanks to the scintillating trailer endowed by the team.

Producer V Sumalatha says, “There is always a situation that occurs with producers while teaming up with a new bunch of team. Although, the script narration would sound extraordinary, the producers are almost put ‘Blind Chance’ mode until they are offered to view the visual trailer. But in our case with ‘Embiran’, we were pretty much confident and sure-footed that the output would be on par with what we as producers and audience had curiously envisaged. But the greatest surprise is that the trailer looks pretty decorous beyond what we had expected. Perhaps, this might sound as a superlative adjective appraisal, but it’s really satisfactory for us as producers.”

On his counterpart, director Krishna Pandi says, “If there could be a substantial reason behind this output, it would be none other than the producers – Panchavarnam sir and Sumalatha madam. Usually, while teaming up with a fresh team, they would have some doubts during the process and get instigated to have a sneak inspection during shoot now and then. But to our surprise, they gave us complete freedom, which helped us bring on visuals, what we wrote on script papers.”

The filmmaker also credits his unconditional thanks to D Manoj (Editor), Prasan Bala (Music) and M. Pugazhendthi (Cinematography), who as team worked a lot to compose the visual presentation of Embiran trailer.

Touted to be a Romantic-Thriller with suspense elements, the film has Rejith Menon, Radhika Preethi, B. Chandra Mouli, Kalyani Natrajan, Kishore Dev, Valliyappan and few more actors are a part of its star-cast. Krishna Pandi has written and directed this film, which will have its official announcement made on audio, trailer and theatrical release soon.