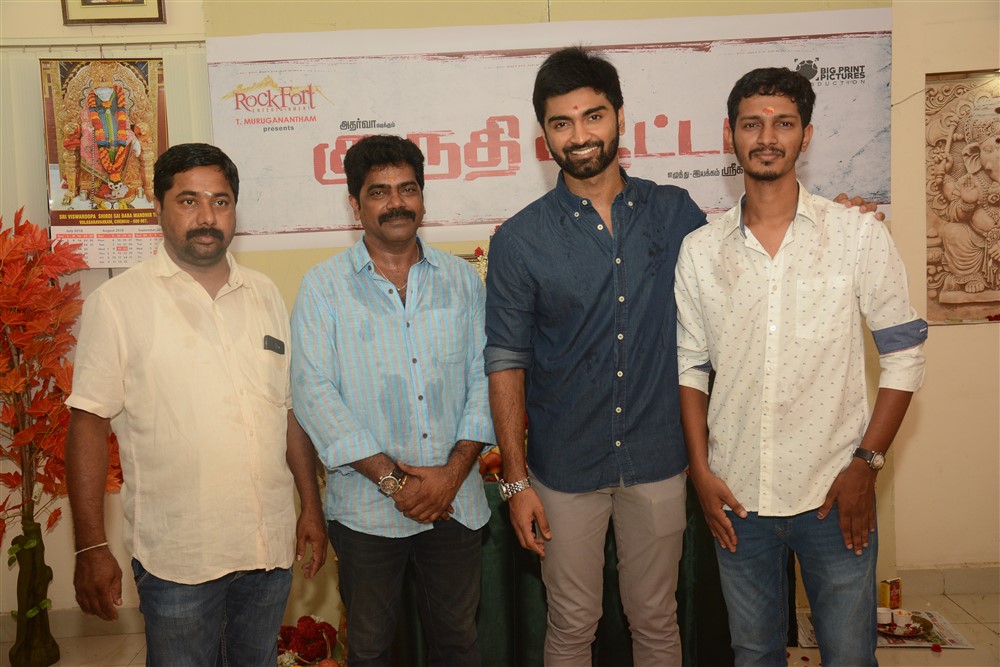 Young director Sri Ganesh who made the world look at him in awe following the tremendous promise he had shown as a director in his maiden film “8 Thottakkal” is all set to go on floors for his second film.

Atharva who is finding him self in to the path of commercial star path plays the role of the pratigonist of this action flick which has many ingredients that can attract the attention of the audience.. Titled “KURUDHI AATTAM” this thriller will commence the shooting procedures by this month end and it is produced by ROCKFORT Entertainment T. Murganatham in association with I B Karthikeyan of Big Print pictures.

Sri Ganesh the director who believes in action than words share his view points of “Kuruthi Attam”.
” This film will be an intense action thriller, happening in the world of Madurai and it’s gangsters. The film will be filled with a lot of raw and exciting action sequences, where the audience will feel the punches and blows.. There is a lot of emotions, comedy and relationships in the story too. With a star like Atharva, whose status in the commercial arena is on the steady rise, we are confident of hitting the Bull’s eye. The search for the Heroine is on and we will be announcing the same very soon”.