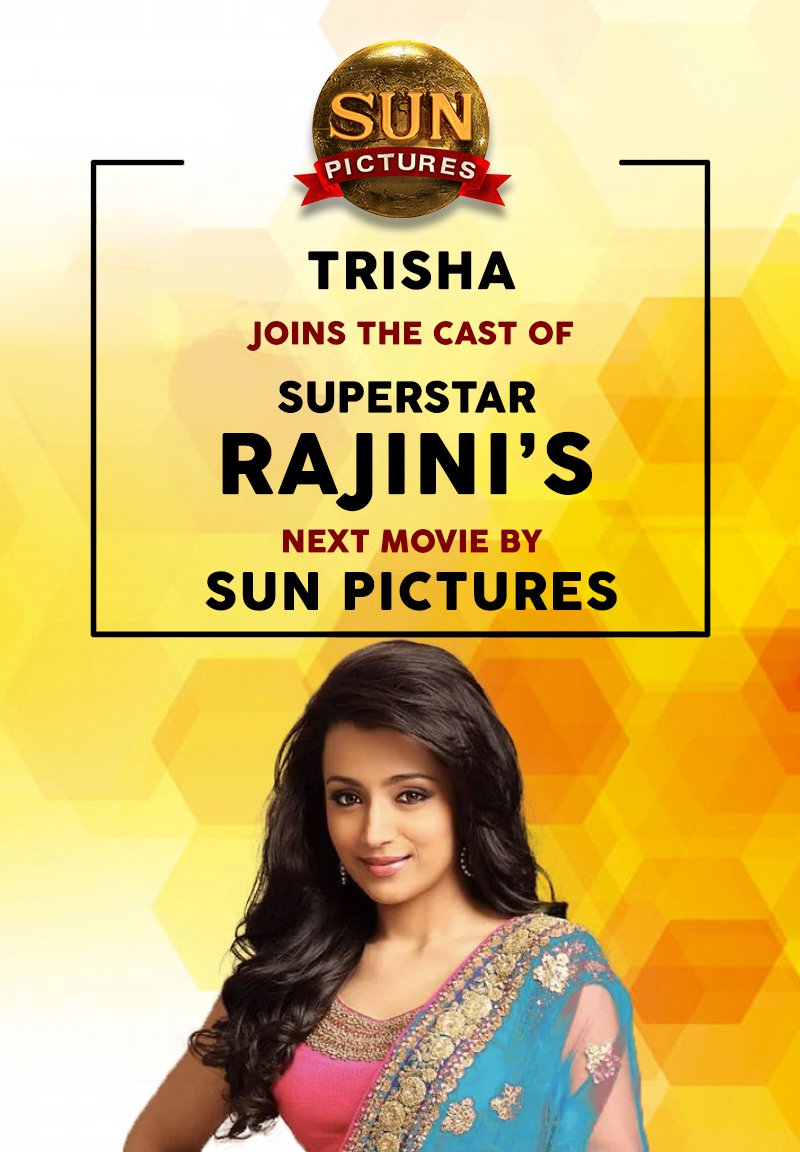 Proving speculations true, it has been today revealed that Trisha will be part of superstar Rajinikanth’s upcoming film, which is being directed by Karthik Subbaraj.

“We are happy to announce that for the first time, @trishtrashers will be acting with Superstar Rajini in #SuperstarWithSunPictures @rajinikanth @karthiksubbaraj @anirudhofficial,” posted Sun Pictures on Twitter.

Already, Simran is playing a key role in this flick. Talking about it in an interview, she said, “A film with Rajinikanth, at last… I am completing the whole package of my career with this movie with
Rajini sir. This is the first time I will be working with him in my career of 22 years. Now, I can do
whatever I want to.”

She added: “But honestly, it is great to be working with him. I am allowed to say that I am paired