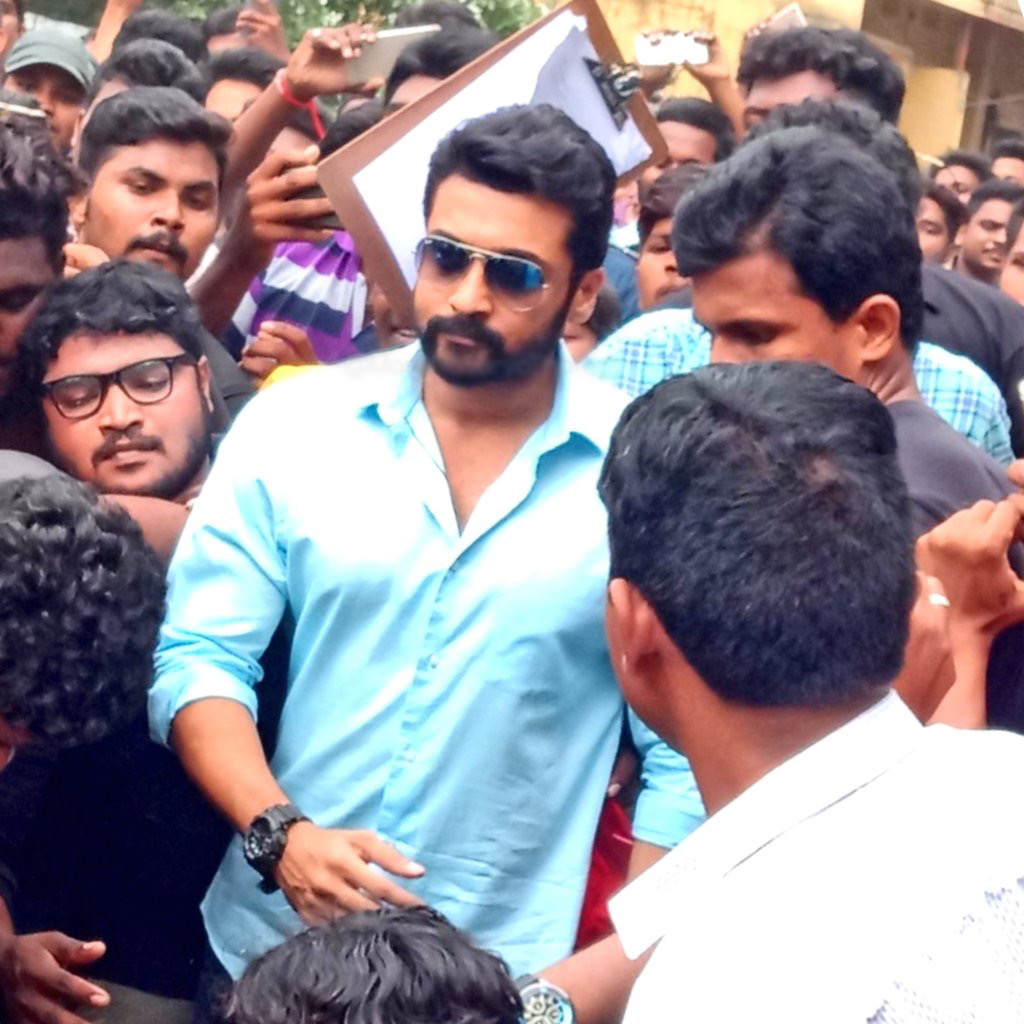 Actor Suriya got mobbed nearly with 5000 fans at Rajahmundry while shooting for his upcoming film NGK. The actor had to get down from the caravan and walk a little distance towards the shooting spot. Nonetheless, the crowds were jam-packed at the location and the actor couldn’t walk down the lane as they cheered, hailed, shook hands and took selfies. Usually, a security of 4-5 policemen would be given for a shooting spot, but this turned out to be an unexpected surprise with so many crowds flooding there as director Selvaraghavan had tweeted on his micro-blogging page few days back in time about his shoot in Rajahmundry. Apparently, the shooting had to be called off for the day and it resumed with a heavy security on the following day.

It was an astonishing situation to see that the crowds thronged as though for a mass hero from their region. Their affinity for the actor was so much high that they addressed him their favourite character names including ‘Raju Bhai’.

It is noteworthy that Suriya movies have always been a great success in Telugu box office, sometimes even more than in Tamil territories, especially for the movies from Singam franchise. This has made the Telugu fans consider him as their own mass hero. 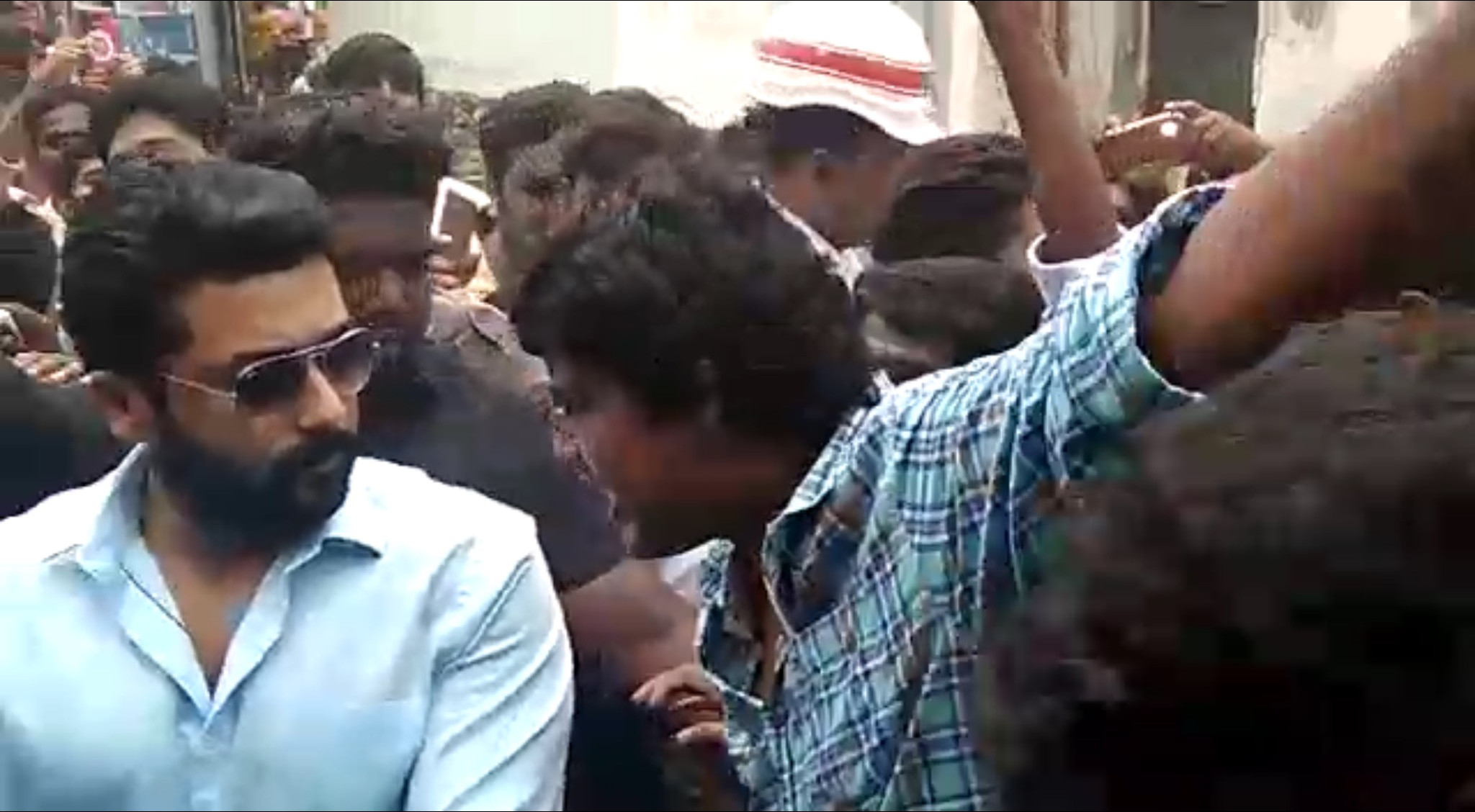