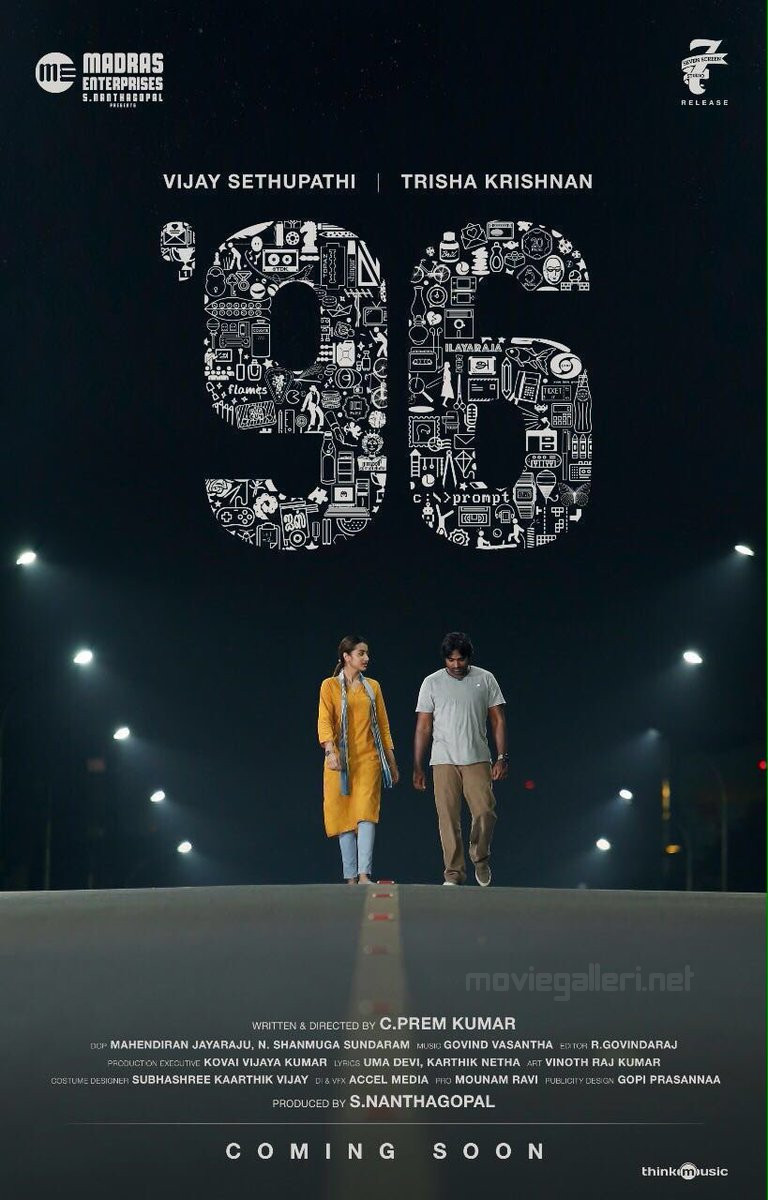 First look poster of the movie was released on Wednesday. Though it does not reveal much about the film, it has been shared virally in social media.
Trisha and Vijay Sethupathi seem to take a walk in the poster. The flick is bankrolled by S Nandagopal of Madras Enterprises banner and has music by Govid Menon and the camera is being cranked by N Shanmuga Sundaram.

It may be noted that Vijay Sethupathi recently completed Junga and Chekka Chivantha Vaanam.