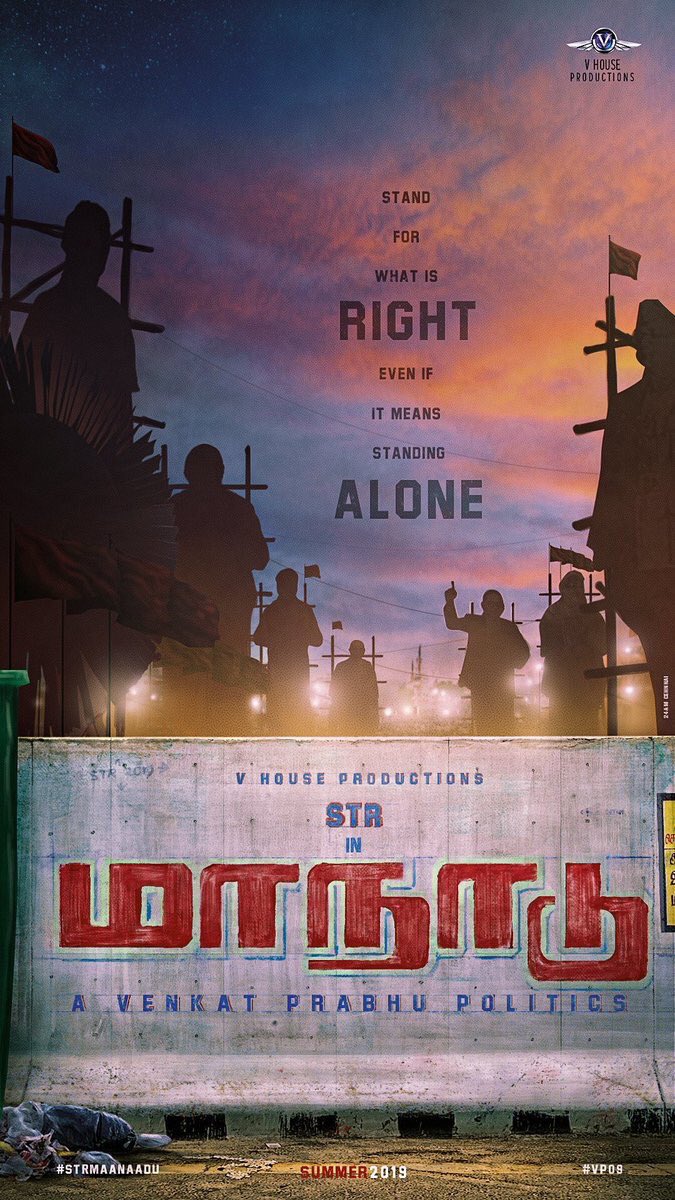 Title of Simbu’s upcoming flick directed by Venkat Prabhu was released on Tuesday. The movie has been titled as Maanadu and just as the name suggests this is going to be a political movie.

Following this Simbu released a video in which he clarified that though the movie is politically loaded, he has no plans of entering politics now.

He also came out in support of actor Vijay whose first look poster in the movie Sarkar was criticised and opposed by many following which it was taken down. It had Vijay with a cigarette.

“A lot of questions have been raised around the Sarkar poster. I feel that whatever is spoken about this will turn out to be into an argument. I think that all these questions should be addressed at a proper public forum as a debate and I’m ok with coming there to answer the questions on behalf of the industry about these issues. I am ready to debate with Dr Anbumani Ramadoss about politicians interfering in cinema,” he said.