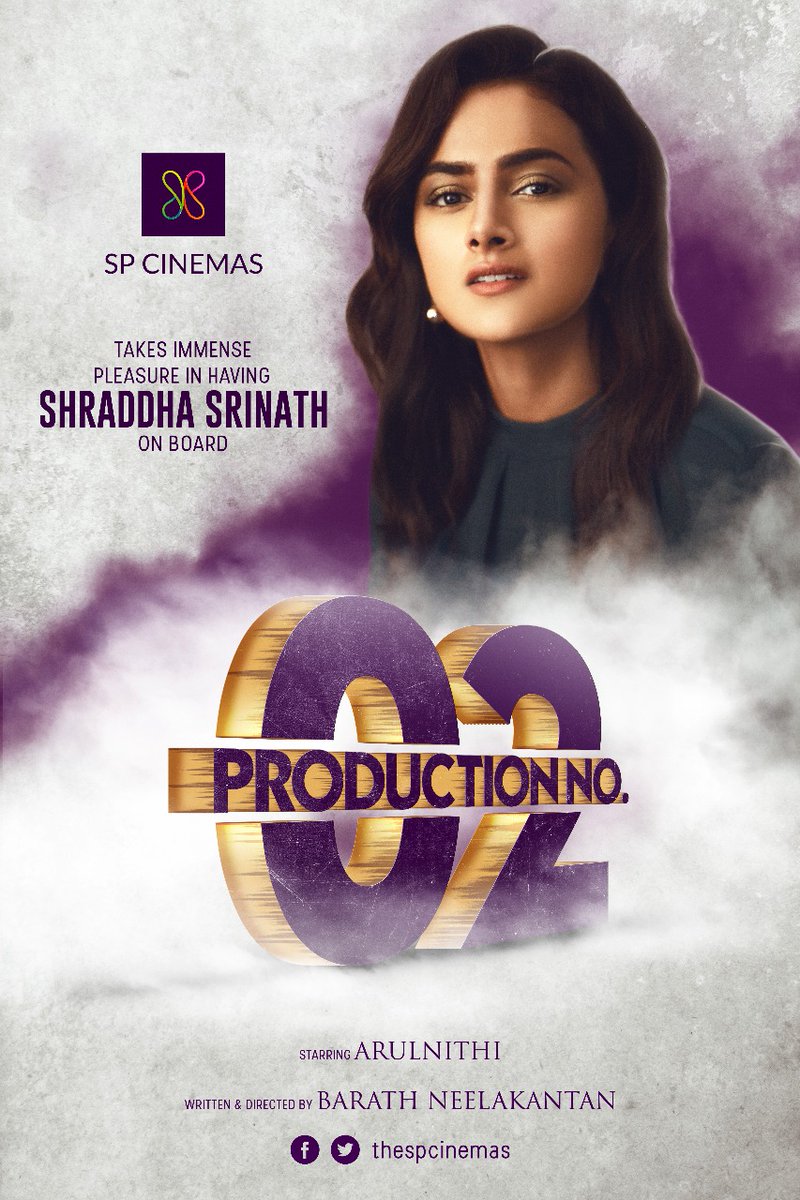 It was recently announced that Arulnithi will be playing the lead role in a movie directed by debutant Bharat Neelakandan.

The project is bankrolled by S P Cinemas. Now the makers have announced that Shraddha Srinath has been roped as the female lead of the flick.

Shooting of the movie is expected to commence by end of this month. Arulnithi’s last venture Iravukku Aayiram Kangal directed by Maran was a hit and it was critically appreciated by many.