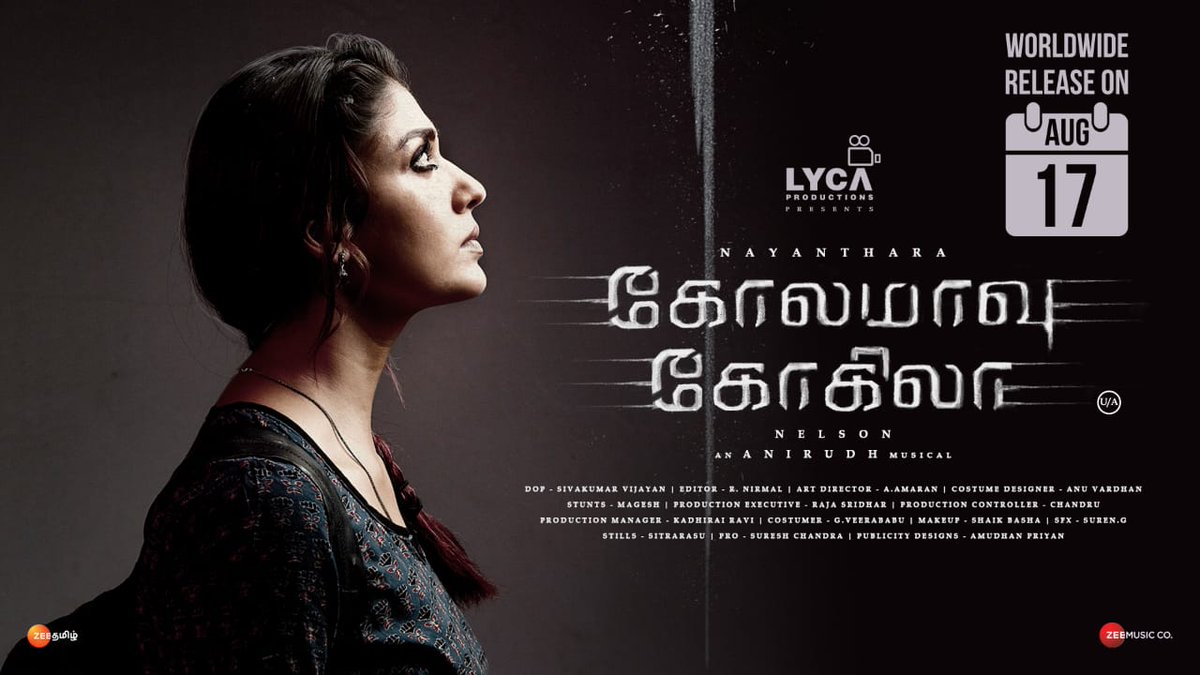 Nayanthara’s most awaited woman-centric film Kolamaavu Kokila was set to be released on 10 August during Independence Day weekend.

However, there seems to be a change of plan as the makers have announced that the flick will be released on 17 August.

It is said the decision was taken to avoid the movie from clashing with Kamal Haasan’s Vishwaroopam 2. The flick is directed by debutant Nelson Dilipkumar and bankrolled by Lyca Productions.

Yogi Babu plays Nayanthara’s lover in this movie, which has music by Anirudh Ravichander.