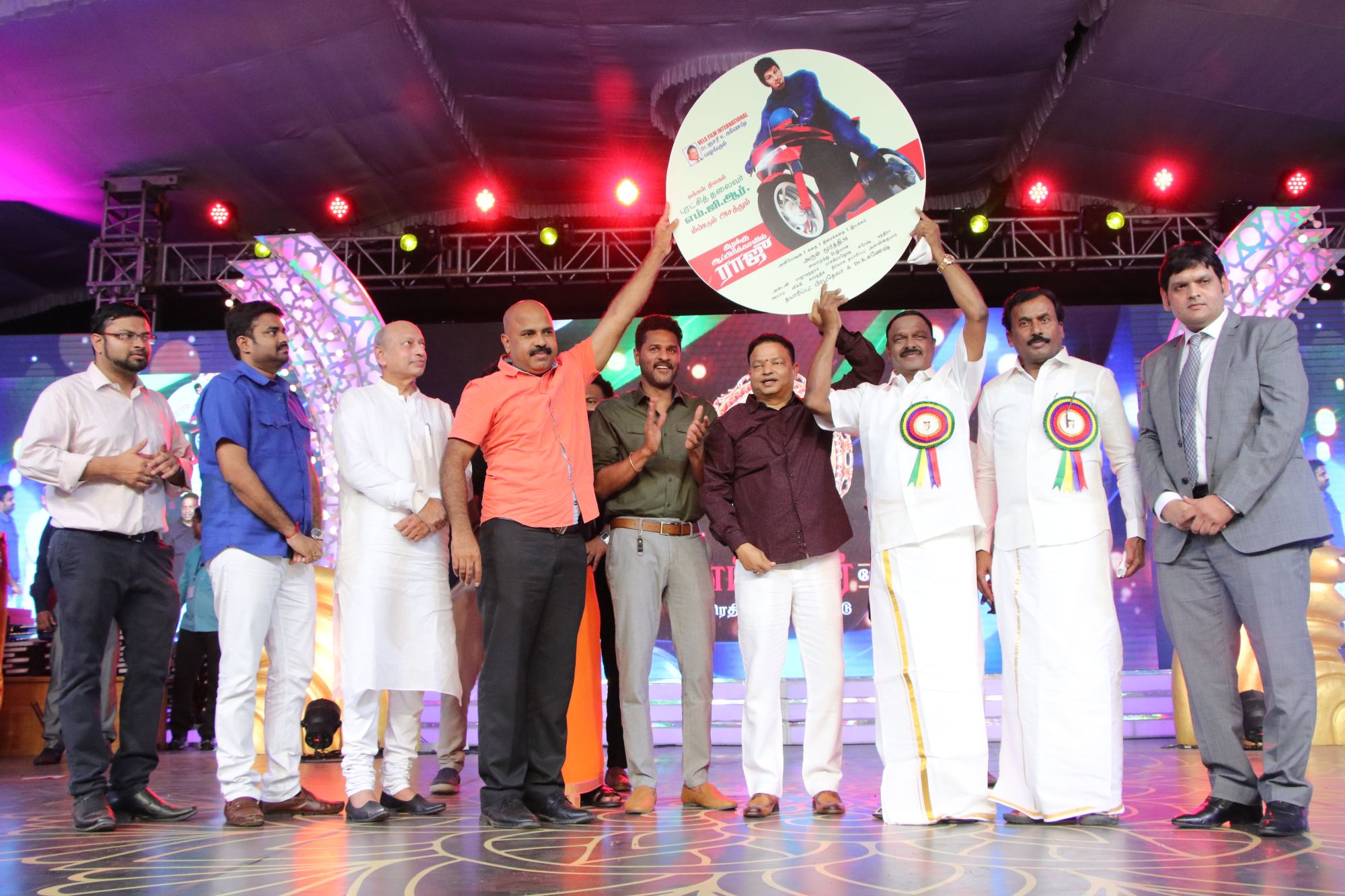 Director Arul Moorthy said, “There are two people, who are completely responsible for the shaping up of Kizhakku Africavil Raju. The first one is the legendary MGR himself, who offered us such a beautiful title. The other one is Producer K. Ganesh, who gave me complete freedom without interfering into it. D Imman’s musical score and ace Lyricist Vairamuthu sir’s poetic lines are additional embellishments to this film.”

Director Vijay, “The huge turn out in numbers stands testimony to the un diminishing charishma.of the eternal leader. I am.very much impressed with the film’s trailer. Vairamuthu sir doesn’t need any words of appreciation and he is beyond it. He has given wonderful lyrical lines for this movie.”

Prabhu Deva said, “I still remember the days, when I used to watch MGR’s movies in Kamadhenu theatre along with my mother. During my childhood, I would see him passing in car through our road and get mesmerized. My father has choreographed 4 films for him and it’s a real big honour for our family.”

The event also witnessed many performances from folk artistes, and light music from the films of MGR. Kollangudi Karuppaayi musical show and choreographer Sridhar’s show were major highlights with RJ Vijay hosting the show.