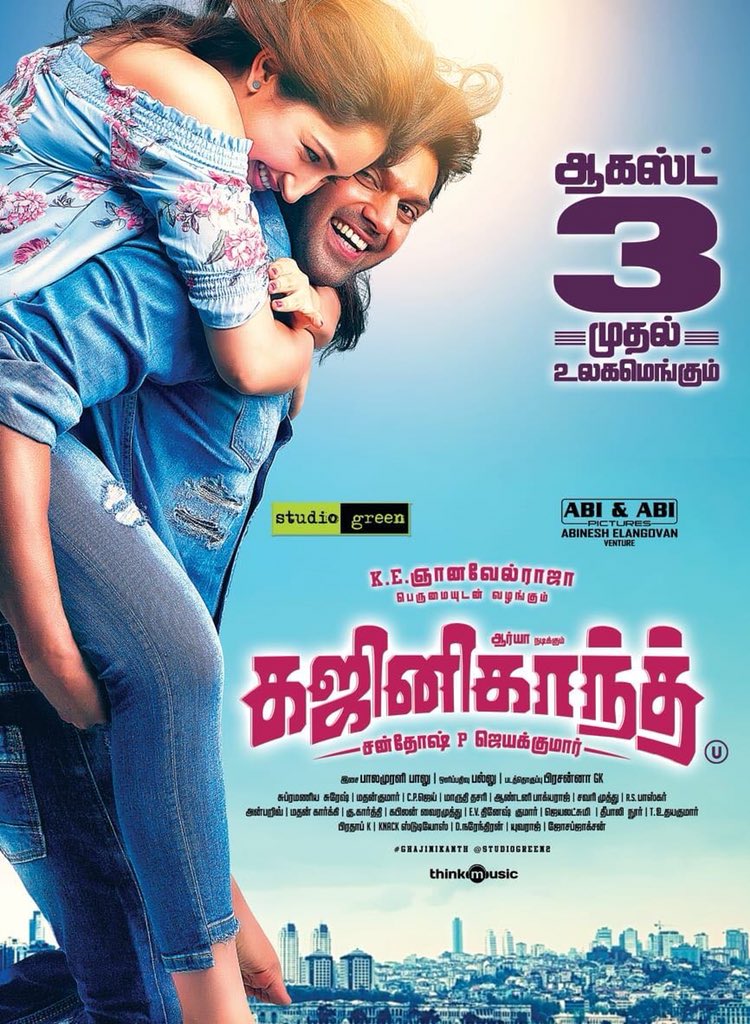 Makers of Ghajinikanth recently announced that the movie will be releasing on 27 July. However, there seems to be a change of plan as the release date has now been postponed to 3 August.

Shooting of the Arya starrer was happening at a rapid pace and the makers released the trailer of the movie too.

Arya seems to play the role of a youngster suffering from a serious memory disorder who forgets things and the movie revolves around this plot.

The trailer looks fresh and interesting. Studio Green is bankrolling the flick which is directed by Sathosh P Jayakumar of Hara Hara Mahadevaki fame.

Sayyeshaa plays the female lead of the flick. The movie is touted to be a family entertainer.