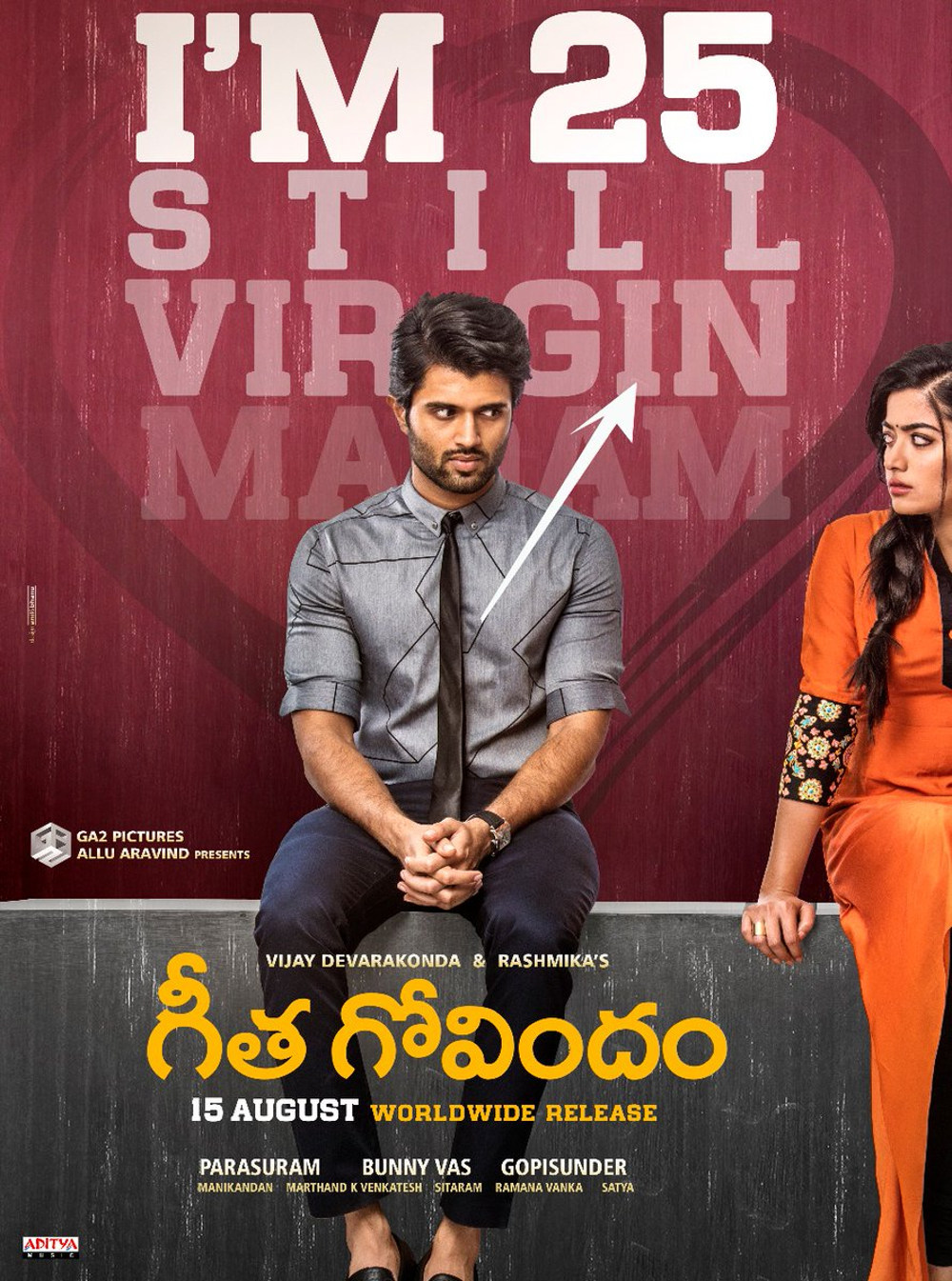 Hero Vijay Deverakonda is popular not just because the kind of films he’s doing, he’s someone very special because of his unique promotions for his films. In the latest poster of his upcoming flick Geetha Govindam, Vijay is seen staring at his love interest Rashmika Mandanna with lust in his eyes and his inner words are reflected with the words in the background- I’m 25, Still Virgin Madam. Curiously, Rashmika who apparently didn’t like the idea looks seriously at Vijay.

Parasuram is directing Geetha Govindam under GA 2 Pictures Banner. Young talented producer Bunny Vass is producing the film while ace producer Allu Aravind is presenting it. Gopi Sunder is scoring music. The film is in post-production stages and it is slated for release on August 15th.