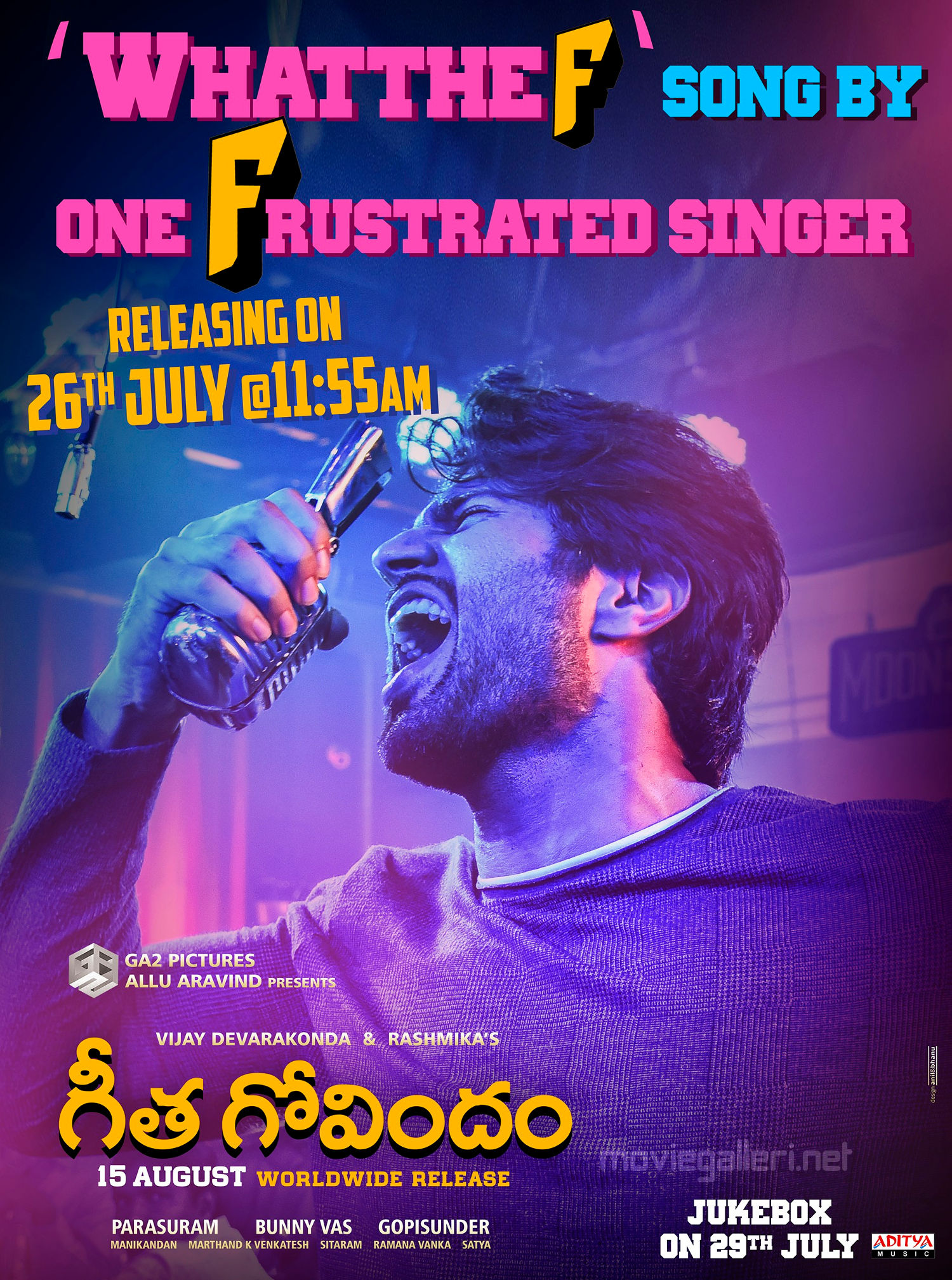 Vijay Deverakonda’s stamina and fans frenzy has been proved yet again after Arjun Reddy. Recently released first single from his latest flick Geetha Govindam was a chartbuster. The melodious tune “Inkem Inkem Kaavali” composed by Gopi Sunder has already got 19 million views and counting.

Then, the film’s teaser released couple of days ago smashed YouTube records and clocked 4 million views so far. This shows Vijay Deverakonda’s market value as well as his fans following. In fact, the film unit is super excited with immense response for the first single as well as the teaser.

Now, Vijay Deverakonda has turned a frustrated singer. Vijay himself crooned a song and it will be released as second single tomorrow. Apparently, like the previous one, this second single too is sure to create sensations.

Parasuram is the director for the film starring Vijay Deverakonda and Rashmika Mandanna in lead roles. Expectations are obviously high since the film is releasing right after the super hit Srirasthu Shubhamastu from the director. Producer Bunny Vass is bankrolling the project under GA2 Pictures Banner with Allu Aravind presenting it. Geetha Govindam audio will be launched grandly on 29th of this month. They are planning to release the movie on August 15th for Independence Day.

While speaking on the occasion, producers said, “Geetha Govindam first single has been going viral since its release not just in Telangana, AP, but also across the globe with Telugu music lovers listening to it in various platforms like mobiles, Saavn, Wynk, Aditya, Gaana. Many put dubsmash videos of the single as their WhatsApp and Facebook status. The song already reached 90 lakh views milestone. The film’s teaser too is well received with 4 million views. We are truly amazed with the response for first single as well as the teaser. Meanwhile, we will be releasing our frustrated singer Vijay Deverakonda crooned song as second single tomorrow. Gopi Sunder has provided wonderful tunes. We will be releasing the film’s audio on 29th of this month in a grand manner. And our plans are to release the movie on August 15th.”