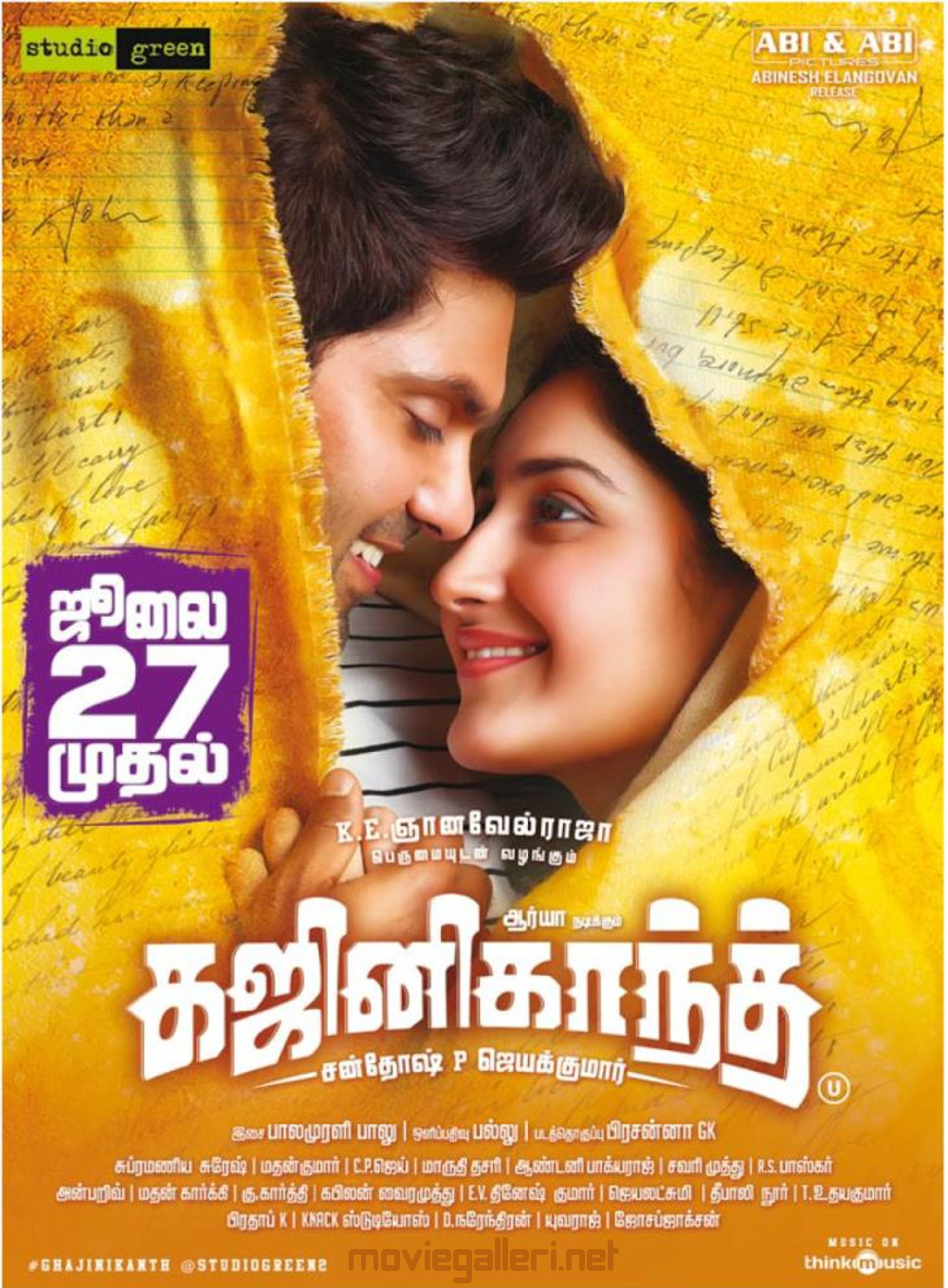 Shooting of Arya starrer Ghajinikanth was wrapped up recently. Now the makers have announced that the movie will be released on 27 July.

Shooting of the film was happening at a rapid pace and the makers released the trailer of the movie too. Arya seems to play the role of a youngster suffering from a serious memory disorder who seems to forget things and the movie revolves around this plot. The trailer looks fresh and interesting.

Studio Green is bankrolling the flick which is directed by Sathosh P Jayakumar of Hara Hara Mahadevaki fame. Sayyeshaa plays the female interest of Arya. The movie is touted to be a romantic-comedy entertainer.