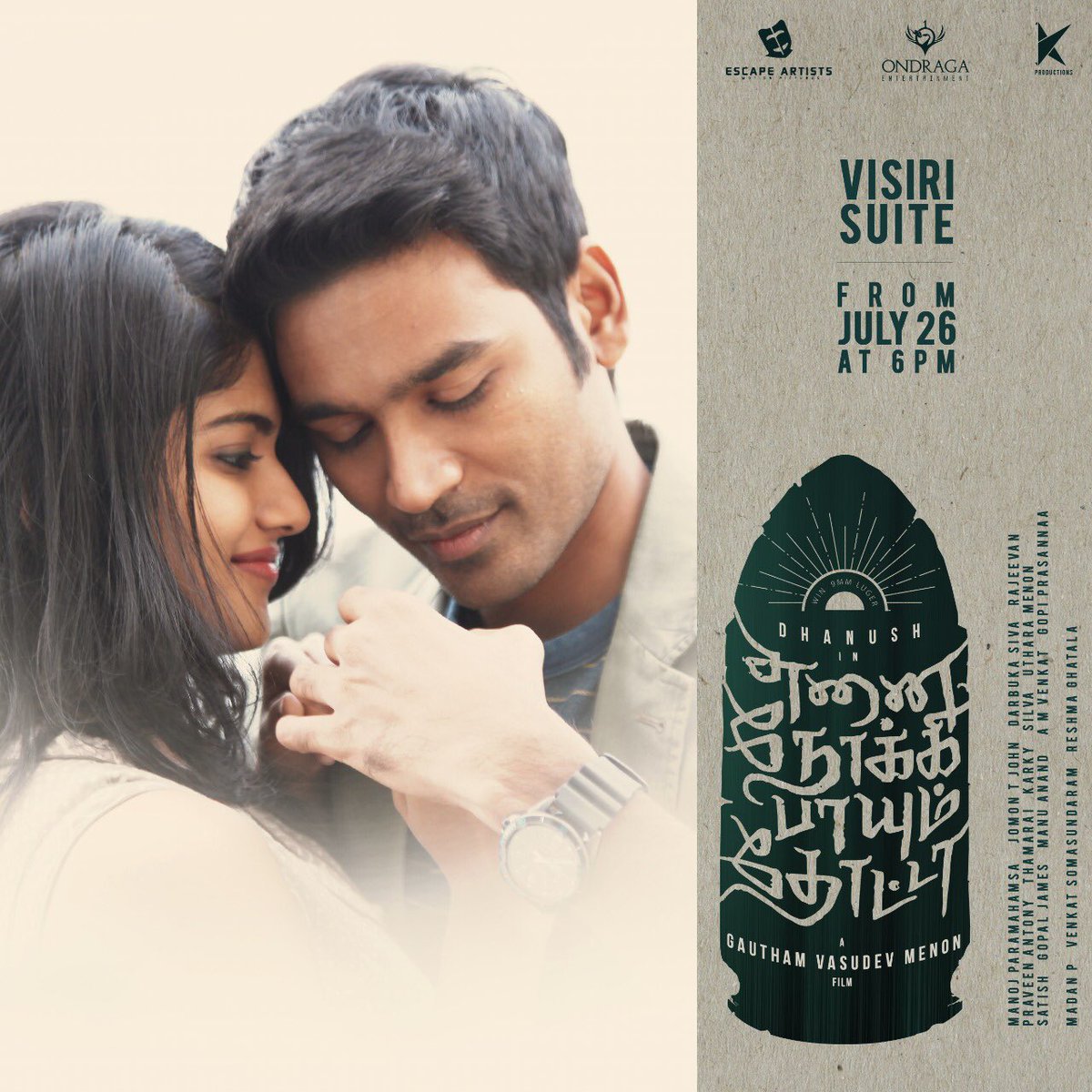 Director Gautham Vasudev Menon said that 90 per cent of the shooting has been completed already and the remaining portions require only 10 to 15 days.

It was recently revealed that Sasikumar plays the role of Dhanush’s brother in the movie. Already two singles from the movie Maruvaarthai Pesadhey and Visiri have been released.

Now the team has announced that Enai Noki Paayum Thotta Movie Visiri Suite Single song will be released tomorrow at 6 pm. The flick has Megha Akash playing the female lead.

while Rana Daggupati plays an important role, the identity of the lead villain was kept a secret. Music for the movie is by Darbuka Siva.