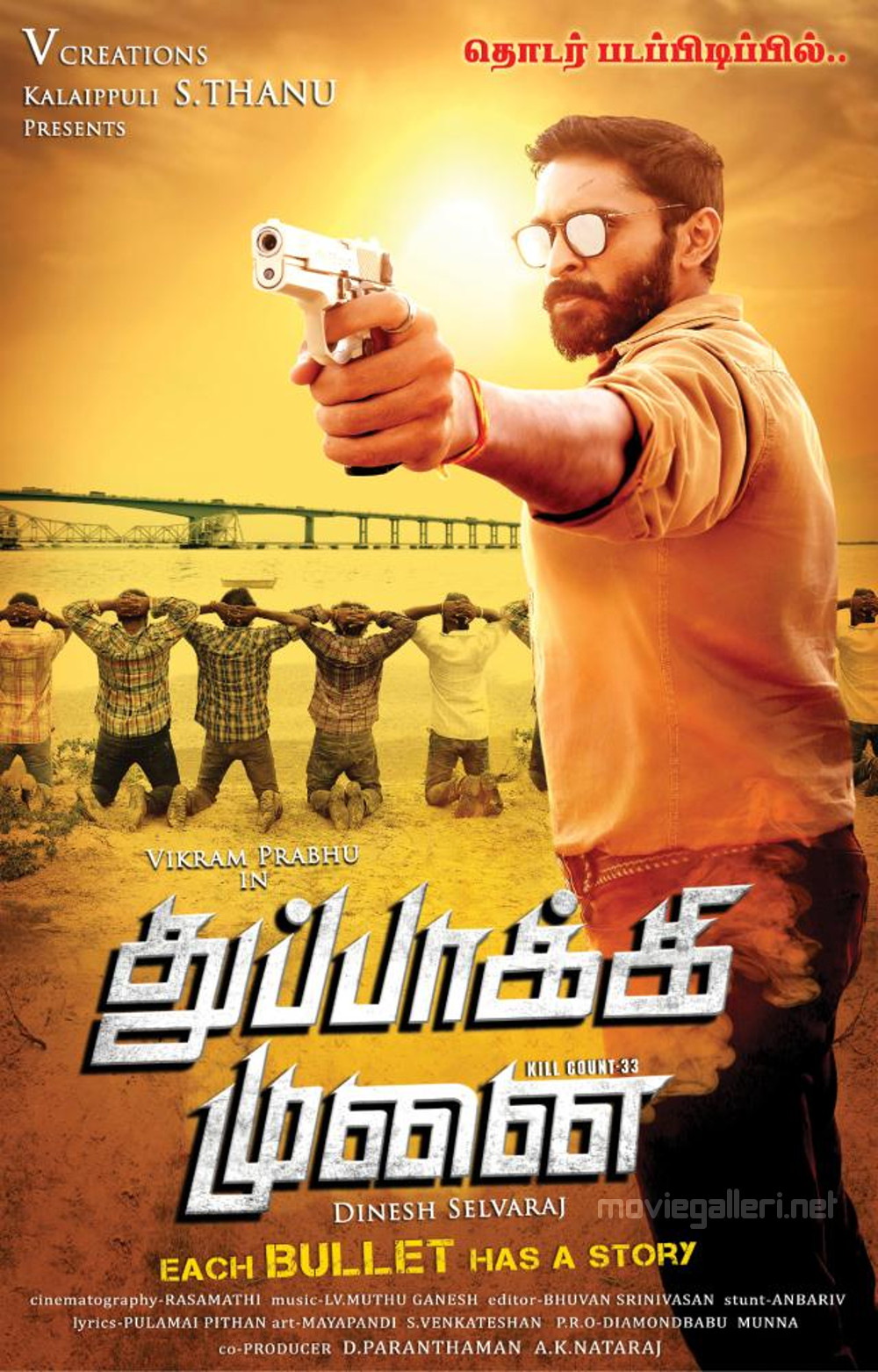 Now the announcement about the actor’s upcoming flick has been made.

The first look poster of the movie titled Thuppaki Munai has been released. The title also has the tagline ‘Kill count 33: Each bullet has a story’.

Music for the movie is by L V Muthuganesh and cinematogrpahy will be by Rasamathi.