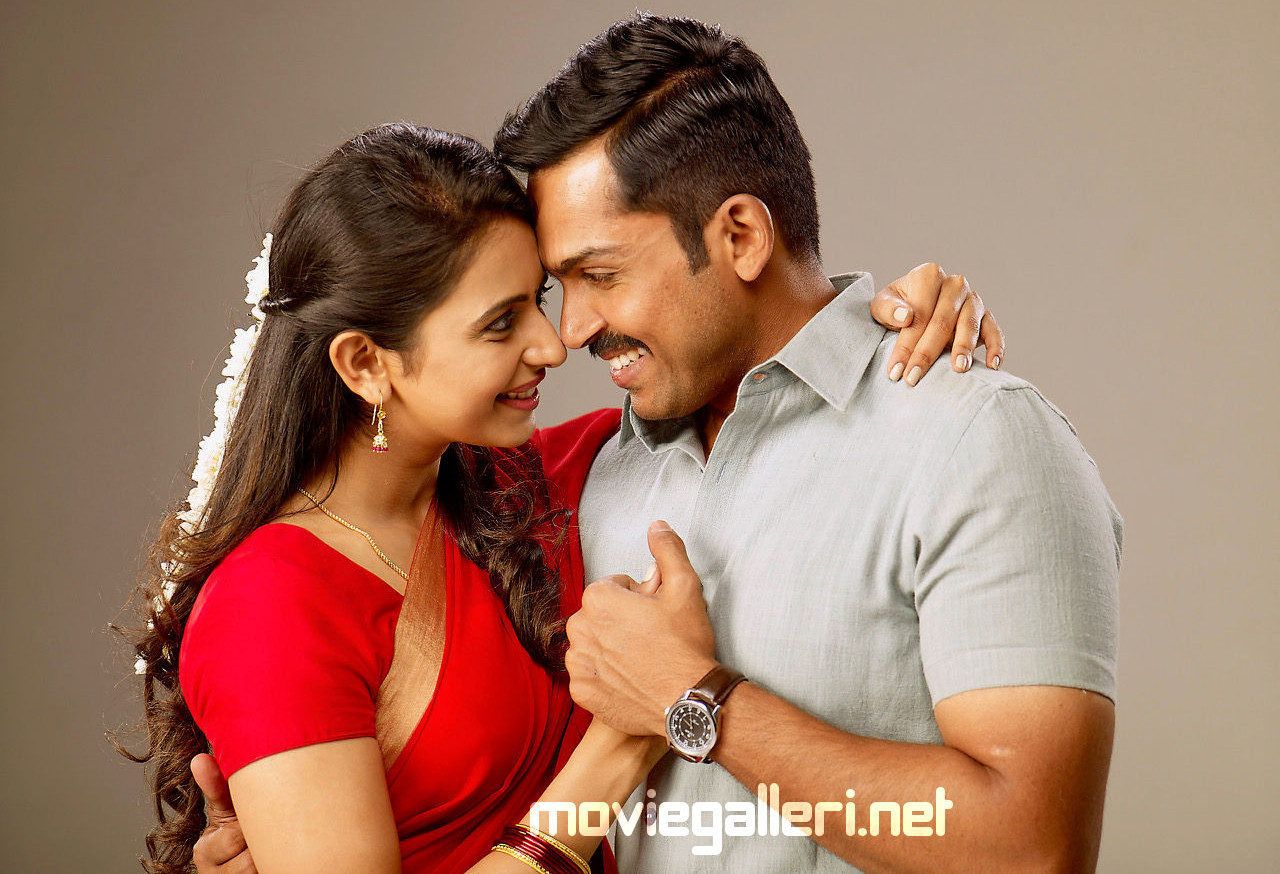 A group of bandits target individual houses in suburban areas and rob them after brutally murdering the inmates.

This case is handed over to Karthi who is fresh out of training. He has to solve the case only with finger prints as the evidence.

How he solves the case and what are the problems that he faces during the course is the story of Theeran Adhigaram Ondru.

The movie based on real life incidents that took place between 1995 and 2005 has a lot of crucial inputs and detailing from the director which keeps the audience engaged throughout.

Karthi who has already acted as a strict cop in Siruthai is top notch in this role. He is aggressive, enthusiastic and brilliant in every scene. The intensity with which he solves each and every puzzle brings the audience to the edge of the seat.

Rakul Preet Singh who plays Karthi’s love interest has a very role to play in the movie and has done justice to her character.

Director H Vinoth has done a lot of ground work to convey the story as effective as possible and this is reflected in every scene. The amount of detailing that he has put in is appreciable.

Strong dialogues are another major plus in the movie. Ghibran’s music has added momentum to the scenes especially the stunt and chasing sequences. His music makes the audience to get completely involved in the movie.

Cinematography by Sathyan Sooryan has captured each and every frame from a different angle and has given life to the story.

A special mention has to be made for Dhillip Subburayan’s stunt sequences which look natural and stunning.

On the flip side, the love portions involving Rakul seem to drag the screenplay in the first half apart from which the movie is good altogether.

Theeran Adhigaram Ondru is an action packed thriller which will go down as one of the best movies is Karthi’s career.
Rating: 3.5/5 – Fast and Furious