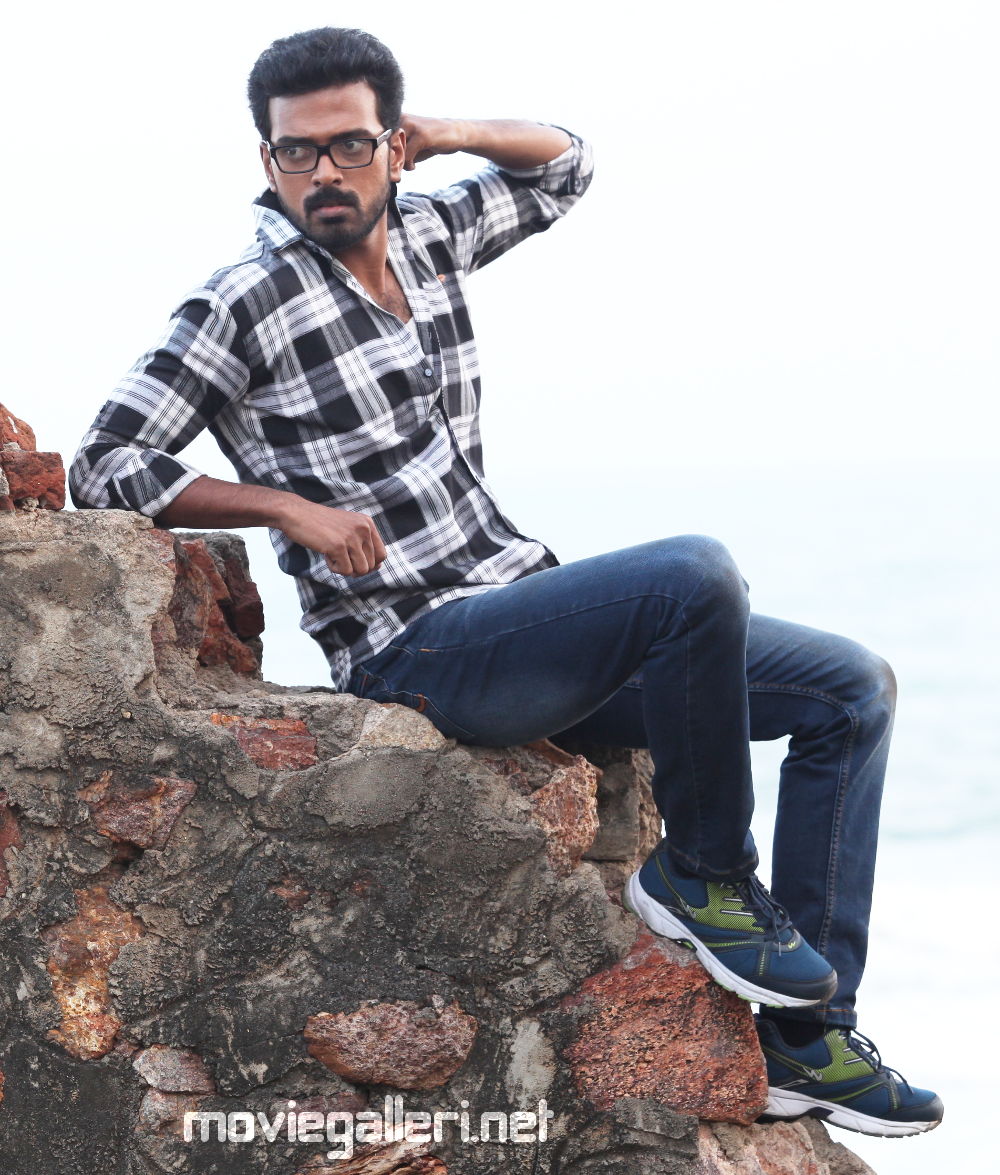 Getting to act in Suseendhiran sir’s Nenjil Thunivirundhal is a good opportunity to me after PaandiyaNaadu. Its a happy experience to act alongside Sundeep Kishan, Soori, Harish Uthaman and others.

Nenjil Thunivirundhal is taken with a social concern, its about a friendship between two persons. PaandiyaNaadu was a visiting card to me, I’m very happy that Suseendhiran sir called me again. He tries to bring me up & make me sit at a high position. He is a brother to me, I’m indebted to him. Suseendhiran sir is my guru, I’m ready to even act in a guest role if he says so. Susee sir told me that you always look the same in all your films, let’s try something different in Nenjil Thunivirundhal and decided to show me as a calm person, for that he gave me specs and told me to smile at most of the places.

In Thondan I was an angry man, but we decided to be a humorous person in Nenjil Thunivirundhal as I will essay a similar role in Suseendhiran sir’s next film Vennila Kabadi Kuzhu 2. Already I’ve worked together with Soori anna in Paandiya Naadu, for Nenjil Thunivirundhal we shot for 25 days in Vizag, it was a happy experience. I have a longtime relationship with Soori anna, he is same as he was before. Sundeep became a friend to me from NenjilThunivirundhal. In song sequences, we made each other comfortable. Mehreen’s three films in Telugu have released this year. All the three became a Superhit.

Likewise, Nenjil Thunivirundhal will also become a huge hit for her & I pray to god for Mehreen’s wonderful Tamil career. Harish Uthaman acted with me for the first time in Paandiya Naadu, it became a turning point in all our careers. I’m very happy to have acted again with him. We are not just a crew, we are friends and the output will be seen on screen. In a desperation that I dint get enough movies, I got fat, but now I run daily in the morning to become fit.

Suseendhiran sir told me in the beginning of Nenjil Thunivirundhal itself that we are doing Vennila Kabadi Kuzhu 2 next. Vishnu dies in the first part. You replace him in the second part. All other cast and crew will remain the same. It’ll be directed by SelvaSekaran. I’ve formally learned Kabadi to act in this film. It’ll release in this year end or next year beginning. Vennila Kabadi Kuzhu is set in 1980’s, according to Suseendhiran sir, his father is its founder.

Vennila Kabadi Kuzhu 2 should be on par with part 1, its responsibility lies more with me. When K was acting in multi hero subjects like Kavan, Thondan, Gethu, Nenjil Thunivirundhal, I’m happy to get the single hero subject Vennila Kabadi Kuzhu 2. After watching Paandiya Naadu, Bala sir called me through phone and encouraged me to continue acting like similar roles that showcases my acting skills. Some more directors too encouraged me. The very thought of everyone is watching me is itself encouraging me. From now, I’ll act in movies that has importance to the hero says Vikranth.