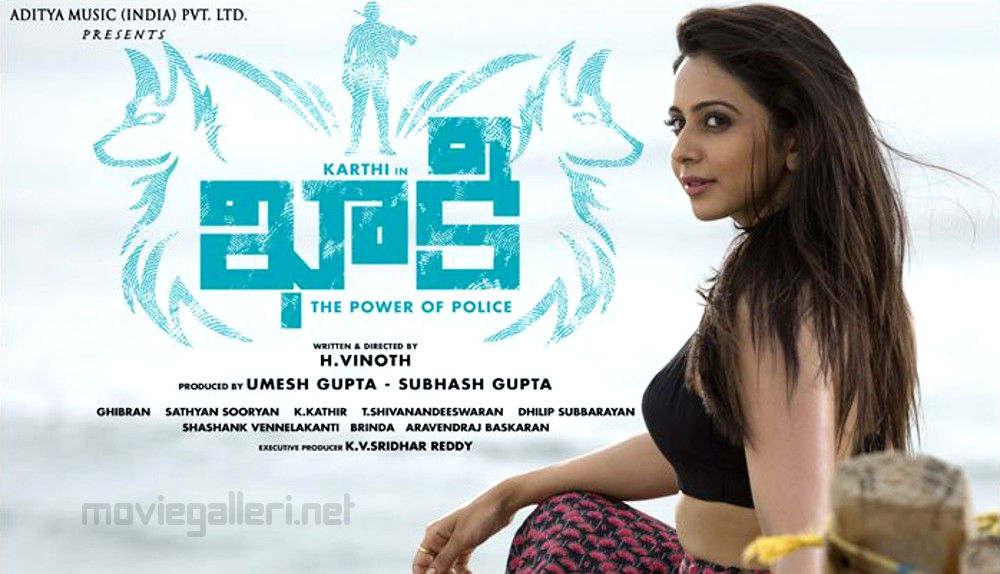 Rakul Preet Singh, the reining queen of South, is set the enthrall the audience once again with her performance in ‘Khakee‘. She is playing a slice of life, girl next door role in the movie and she is very happy to have played such a different role. This is the first time she has paired opposite Karthi.

Talking about her role, Rakul Preet says, “I play Priya, who is very cute and adorable, in the film. After marriage, her husband becomes the world for her. The scenes between Karthi and me will be very beautiful and audience would love them. I enjoyed every moment shooting for the film”.

‘Khakee’ will hit the screens worldwide on 17th November. Rakul and Karthi’s pair has already attracted the audience in the trailer, ‘Tholi Vayase’, ‘Kallabolli Pilla’ song promos. Directed by H Vinoth, this movie is being produced in Telugu by Umesh Gupta and Subhash Gupta of Aditya Music Pvt.Ltd.