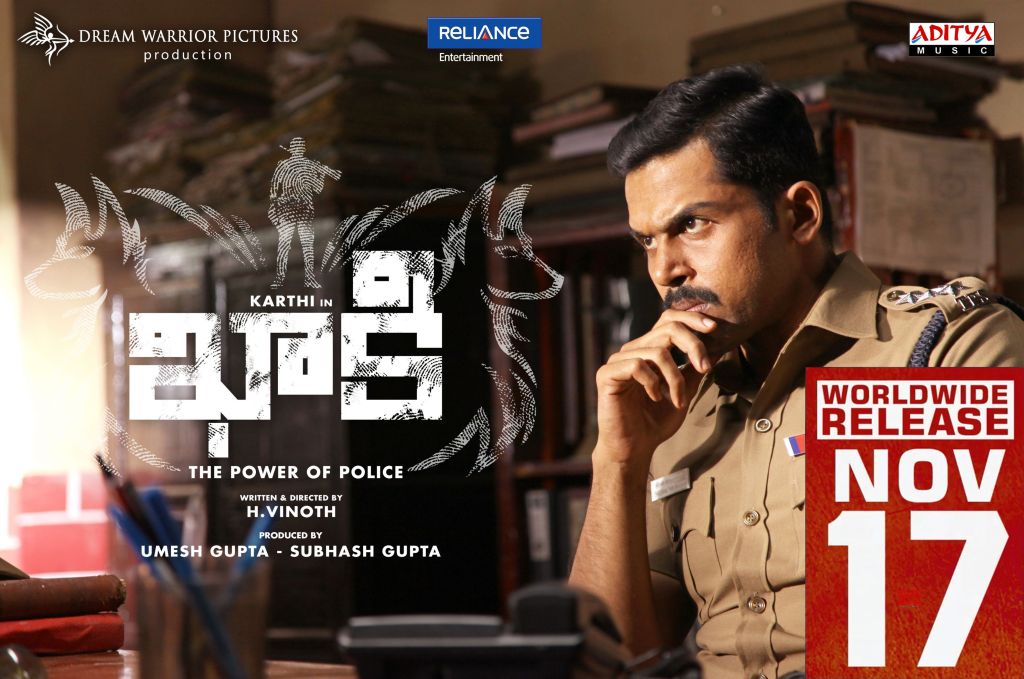 Karthi has gone all out for ‘Khakee’ movie and it is apparent as we go through the making video of the movie. He plays a cop in this movie, based on some real incidents. The actor had to shoot for some grueling action sequences in not so comfortable conditions and he has given his all.

The making video takes us into the world of ‘Khakee’ and the hard work Karthi has put in for the movie. Karthi believes that the subject is meant only for him. “When the real life incidents, based on which this script had been prepared, happened, I interacted with the cop who dealt with the case and I was intrigued with it. I had thoughts about the case coming to my mind ever since I met him. When the director approached me with the script, written based on the same incidents, I was literally shocked and had a feeling that this subject was chasing me”, Karthi said.

Rakul Preet Singh teamed up with Karthi for the first time in this movie and the pair looks very cute. Ghibran’s songs have turned out to be instant hits and he is set to give goosebumps with the background score.

The film will hit the theaters worldwide on 17th November. Umesh Gupta and Subhash Gupta of Aditya Music Pvt Ltd are bringing the film to the Telugu audiences.