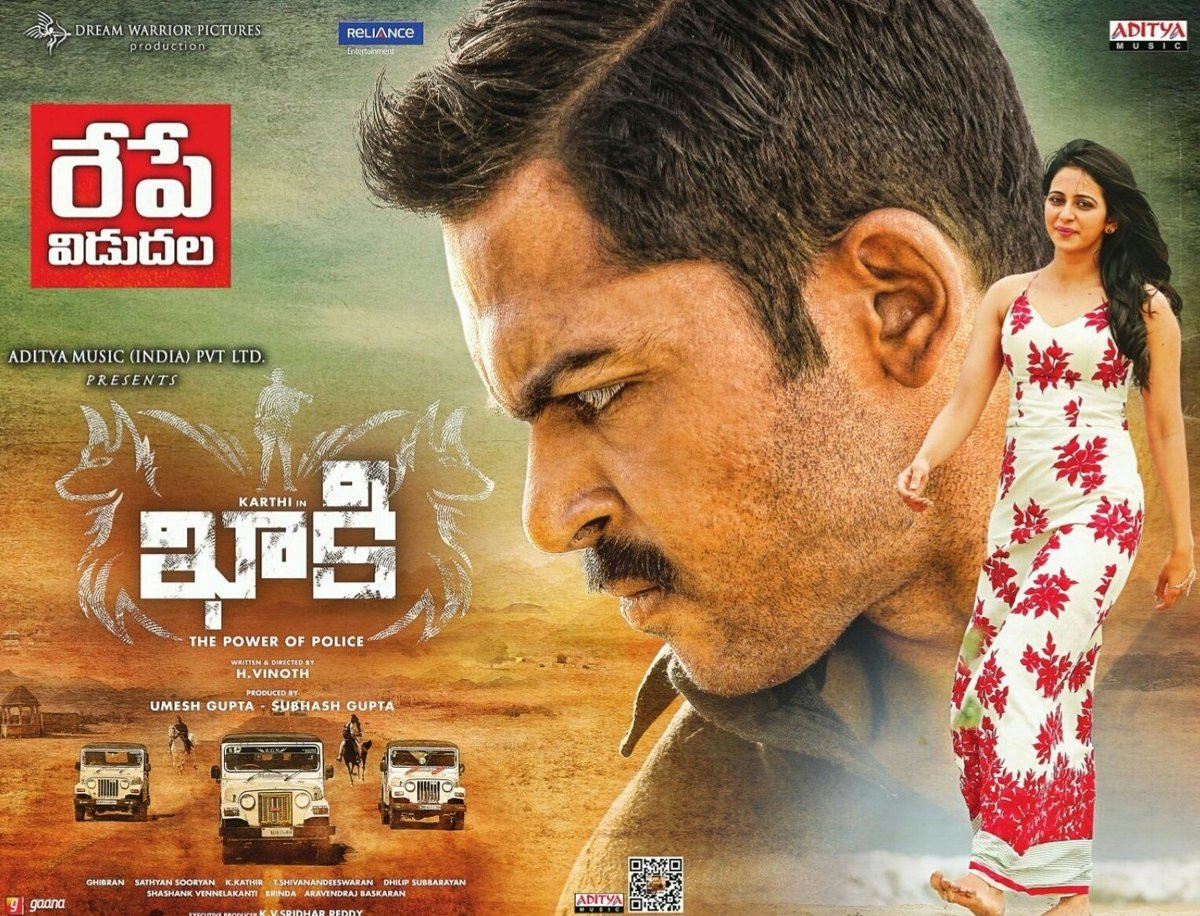 The wait is over. The stage is set for the massive release of Khakee. The film, which has created a lot of curiosity, ever since the release of the theatrical trailer, is going to have a huge release in the Telugu states and overseas.

Karthi plays a sincere cop in this movie, which is going to be high on high-octane action episodes. The trailer and ‘Tholi Vayase’ song suggests that the romantic quotient in the film is also high. Rakul Preet plays a village belle. Talking about her role, Rakul recently said that it is very “cute and adorable girl next door role”.

Karthi worked very hard for this movie. The action episode where Karthi and his team of cops hide in sand and ambush goons is going to be the major highlight of the movie. Most of the action episodes were shot in Rajasthan. Some scenes were also shot in Kuldhara, which is known as a haunted village in Rajasthan.

H Vinoth is the director of this movie. His earlier movie, ‘Sathuranga Vettai’ was a big hit in Tamil. Umesh Gupta and Subhash Gupta of Aditya Music Pvt Ltd are releasing the film in Telugu.