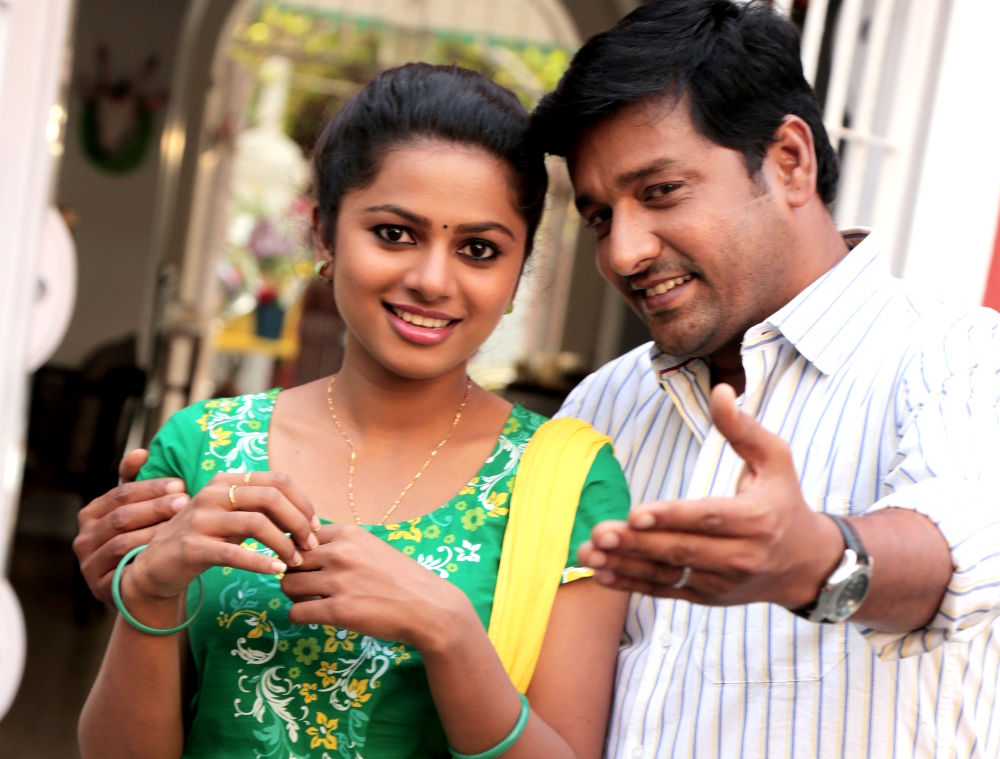 Even though opposed by many including his wife, daughter and son Vitharth, Bharathiraja works for Thenappan, a don in Thanjavur, for the sake of friendship and loyalty.

One day, Thenappan gets a rare panchaloha idol and plans to make money by selling it to Sekar in Chennai.

To complete this task, he chooses Bharathiraja who is given the doll in a bag containing the picture of a monkey doll.

Bharathiraja takes the bag to Chennai without even informing his son Vitharth who is a taxi driver there.

In a series of incidents Bharathiraja loses the bag. What happens next? Did he get the bag? Who stole it and what is their motive form the rest of the story.

The hero of the movie is the story itself and the characters fit in their roles well. The casting is one of the biggest strengths of the movie .

A veteran like Bharathiraja has showed the younger generation what it takes to be an actor and a few scenes in the movie are example of it.

Vitharth, just like his previous flick Oru Kidayin Karunai Manu, has delivered what his character asked of him.

Director Nithilan Swaminathan is easily one among the pick of the directors this year. He had chosen a beautiful script and has woven it with different characters and has delivered it to perfection.

The thriller movie has also its moments for dad-son relationship, humour and love. And all of these come along in the course of the movie without interrupting the flow. Music by Ajneesh Lokanth has gelled along with the story well.

With too less flaws and too many plus points, Kurangu Bommai will impress you.